What Parents Can Learn From the Leiby Kletzky Tragedy 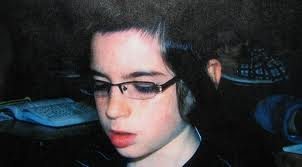 When to let your child out the door alone--to walk to school, camp, a friend's
house or to the park--is a distressing decision over which every parent struggles. And what happened this week to 8-year-old Lieby Kletzky is the gruesome realization of every parent's worst nightmare. The Brooklyn boy, walking home alone from camp for the first time, was abducted, killed and dismembered by a local man with a sketchy past and an ex-wife who'd taken out a restraining order on him.

Lieby's killing is as unfathomable a tragedy as there is. My own family has experienced brutal murder, and I understand the overwhelming shock and grief they're dealing with. It won't be easy to recover from something so horrific, and my heart goes out to them. And as the Kletzy family struggles to reconcile this senseless, random act of violence, parents in both suburban and urban areas nationwide are grappling with what to do with their own children's desire and need for independence. "Can I go by myself?" is a parent's most dreaded question. To be sure, Lieby's death has reignited the debate over the "when to" question more than anything in the last forty years since 6-year-old Etan Patz disappeared off a Soho street and, still missing, is presumed to have been killed.

The world can be a very cruel, ugly place sometimes, and there are predatory monsters who walk among us, undetected, until they commit heinous acts. Somehow, it is our job to stay out of their way and to protect our children from them. When our children are young we take them everywhere. They are never out of our sight or control. And then they hit that magic age, somewhere between eight and eleven, when an innate sense of independence takes over and they want to be alone and to go places by themselves. It's as natural and necessary a part of growing up as attending sleepaway camp, dating, driving and going away to college. In some very real sense, it's the precursor to those organic milestones.

As much as we'd like to shield our kids from harm, we can't. We can't lock them in the house or walk them everywhere until they're sixteen simply because we fear deviants who attack, rape and kill. We can't prohibit our children from dating because date rape exists. We can't keep our kids from driving because there are drunk drivers who could harm or kill them. We must let our little ones leave the nest at some point so they can mature into happy, emotionally healthy, confident adults. Smothering them and denying them their critical independence can have lasting emotional ramifications. We have to wince, cross our fingers and simply hope for the best.

But what we can do as parents is be smarter, and help our children be safer as they begin navigating the world by themselves. The biggest question is, 'What is the right age to let a child go out alone?' That's a very difficult question to answer, as every child is different. Size, maturity, street smarts all play a role. The bigger concern should be what happens when they go out alone. Do they know their neighborhood inside out? Have parent and child done multiple test runs of the various routes a child will be taking? Has a child been indoctrinated with the realities of the street, and the potential harm he or she faces? Do they know their local safe havens? Have they been instructed how to physically defend themselves? Do they carry a whistle? Do they carry a cell phone? Have they been told never, ever, ever go with a stranger under any circumstances, even if they're told their mom or dad is in serious danger and only they can save them...or that their mom or dad has sent this stranger to retrieve them? Do they know how to scream? Do they know what 911 is?

As a society, we have to make some sense out of little Lieby's death or we've learned nothing from it. Something good has to come from it or he will have died in vain. His murder should give pause to every parent across America whose pre-teen child is venturing outside alone. It's a sad reality check and wake-up call, yet one which might allow us to make things a little safer for our kids.
Posted by The Ostroy Report at 8:20 AM

Great article Andy. My five sons are all grown but I remember all the rules we set that we hoped would keep them safe yet allow them to grow to be healthy productive adults.