Can I Ever Forgive My Trump-Supporting Former Friends? 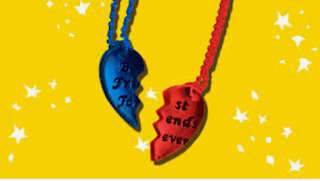 For years we amicably jabbed each other about politics. About our liberal vs conservative values. We good-naturedly, yet passionately, argued over taxes, regulation, gay-marriage, abortion and other hotbed issues. Yet my friends and I were able to remain close despite our monumental core policy differences. That all changed when they supported Donald Trump.

Trump was a game-changer. His presidency represented cruelty, corruption and evil. He mocked people with disabilities. He targeted Muslims, blacks, Hispanics, Asians and other minorities and immigrants with racist rhetoric, bans and policies. He separated families and caged kids. He embraced and enabled white supremacists. He attacked Gold Star families and dead soldiers, calling them “suckers and losers”. He viciously attacked the media, calling it the “enemy of the people”.

The list goes on. He was a pathological liar. A sexist and sexual predator who palled around with global sex-traffickers of minors. He constantly broke laws, shattered norms and dismantled institutions. He was a traitor who empowered our enemies and alienated our allies.

And when America was faced with its deadliest health crisis in history, he put himself and his campaign before country. He not only mocked, denied and dismissed the Covid-19 pandemic, but he lied to Americans about its severity and actually served as a super-spreader…refusing to wear a mask or follow his own physical-distancing guidelines and created dangerous Petri dishes of disease with his rallies and White House events.

As a result, 10-million Americans have been infected with the virus and 240,000 have died. His incompetence and negligence makes him a mass-murderer.

I was angry at my friends who voted for Trump in 2016. I felt they made a terrible mistake in allowing someone so unqualified to become our 45th president. But the relationships continued, as we’d yet to see just how awful and destructive he’d become once in office.

As it became evident that Trump was a sadistic, sociopath racist with no regard for human life, these relationships took a bad turn. And when these former friends continued to support, defend and enable him through his re-election campaign, I cut them off. How could I be friends with people who seem so comfortable with such diabolical behavior?

I have other friends too. Liberal ones. Friends who are black. Hispanic. Muslim. Immigrants. Asian. Jewish. LGBTQ. Veterans. How am I supposed to remain friends with those who support someone who hates these people and seeks to deny them their legal, civil and human rights? For what…lower taxes and bigger 401k’s?

Trump is a sociopath who can only feel good about himself if he’s tearing apart others and creating chaos and division. If he’s spreading hate and bigotry. His toxicity nearly destroyed the nation and its precious democracy.

So the answer, for now at least, and until I hear a sincere mea culpa, is no. I cannot be friends with these Trump supporters anymore. I am sad over that unfortunate fact, and mourn the loss of what we once had before Trump tore us apart.

Posted by The Ostroy Report at 11:36 AM No comments:

This Election Will Be Decided By the ‘Hold Your Nosers’ 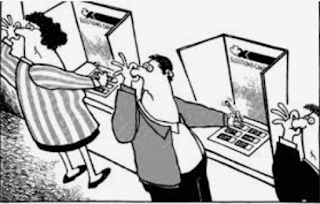 Four years ago millions of Republican and independent voters ‘held their noses’ and voted for Donald Trump. They didn’t like him. But they disliked Hillary Clinton much more. This year they will be the reason Trump loses.

Joe Biden doesn’t need to attract the hardcore Trump cultists. Given that in 2016 Trump lost the popular vote by 3-million, and narrowly won the electoral college by 77,000, if he just loses the ‘hold your nosers’ he’s toast.

Don’t get me wrong. These voters will still be holding their noses. But this time they’ll be voting for Biden as they do it. They understand, unlike 2016, what’s truly at stake.

They know that this year’s election truly is the most important in history, because our very democracy is on the ballot. It’s no longer just about traditional conservative touch-points like de-regulation, lower taxes and gun rights. It’s existential.

For the first time in 243 years, America’s system of checks and balances…as well as freedom of the press…freedom of speech…freedom to peacefully assemble and protest…free and fair elections…and the very norms, institutions and principles that have stood for American exceptionalism (as well as truth, decency, empathy and humanity), are in grave danger of extinction. And, pun intended, that trumps everything.

Posted by The Ostroy Report at 2:54 PM No comments: