Why Chris Christie Will Never Be President 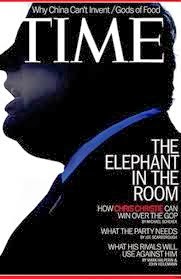 The notion that New Jersey Gov. Chris Christie is a virtual shoe-in for the Republican presidential nomination in 2016 is largely based on the belief that the GOP, heretofore hijacked by the radical Tea Party fringe, has swung so dangerously to the right, resulting in humiliating defeat in election after election, that the party and its voters have finally learned their lessons. That they’re ready for the Big Guy now after years of chasing the intoxicating Guns, Gays and God loons.

The problem with that contention is that, with Republicans, ideology typically trumps logic, rational thinking and pragmatism. They start off intending to discuss the issues that concern most Americans—the economy, jobs, education—but almost immediately get sucked into a hyper-emotional vortex of abortion, gay-marriage, gun control and religion. They simply can’t help themselves.

But yes, in the very blue state of New Jersey Christie won a resounding re-election victory. He scooped into his big tent not just conservatives but independents, women, Hispanics, blacks and more than a few Democrats I suspect. So impressive was his win, for example, that he captured 12% more women than his female Democratic opponent.

But before we start imagining the Christies measuring the White House curtains, let’s get real here. New Jersey is not Iowa or New Hampshire. It’s not the Bible Belt, the Rust Belt or the Great Plains. Like Vegas, what happens in Jersey is more than likely to stay in Jersey. Christie is a larger-than-life Northeastern politician of Irish, Scottish and Sicilian decent. And while he’s working on losing weight, he’s still obese, and Americans really don’t vote for grossly overweight presidents. Nor do they want angry presidents. Christie has a reputation not just for being a “straight-shooter,” but for his often brash, insulting, combative behavior with reporters and anyone else who tends to question or disagree with him. There's simply too much footage available of him calling people "stupid" or an "idiot" and acting like a petulant 14-year old.

And while Christie indeed went through a private vetting process as a top vice-presidential pick for Mitt Romney in 2012, he’s yet to face the sort of microscopic public scrutiny he’d surely face if he declares his candidacy for the presidency. His mythical budgetary successes, as well as his overall record as governor, would face incessant dissection and analysis in the 24/7 news cycle. Additionally, who knows what kind of skeletons lay dormant in his closet. There have been suspicions of marital infidelity, cronyism and abuse of power. The sort of allegations that usually derail once-promising campaigns.

To be sure, Christie’s the GOP’s golden boy right now. The “Elephant in the Room,” as Time Magazine’s recent headline blared. He’s the omnipresent non-candidate, appearing on the talk shows, talking to CEO groups, taking the reins of the Republican Governors Association and acting as coy as a coyote when asked his future White House plans. But with renewed talk of former Florida Gov. Jeb Bush considering a run, the Christie euphoria could end quickly. Many Republican insiders believe that the nano-second Bush declares, Christie’s history.

Couple that with the fact that Christie's likely to face another crop of radical primary hopefuls like Rick Perry, Rand Paul and Ted Cruz, and this so-called "moderate" may either get trounced by their Tea Party rhetoric or begin sounding like them, as Romney did, making his chances in the general election even more remote.

“I’m going be me and if I ever decide to run for anything again and being me isn’t good enough then fine I’ll go home,” Christie told the Wall Street Journal last week.

And that’s just the problem for the Garden State’s Big Guy: being him likely won’t play North, South and West of the Jersey Turnpike.

Posted by The Ostroy Report at 7:47 AM