An Open Letter to (and Winning Campaign Theme For) Hillary Clinton 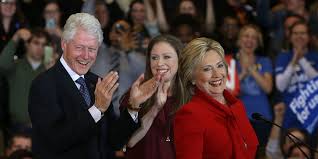 The conventional wisdom at this point has you in an ultimate head-to-head match-up with Donald Trump for the presidency of the United States. Given that Super Tuesday will certainly bring you closer than ever to the Democratic nomination, you're going to need a simple, clear and strong campaign theme that can effectively counter that of the presumptive Republican nominee, who's been campaigning since June to "Make America Great Again" (meaning, America is not great now.).

Not only is Trump's slogan negative and uninspiring, it's simply not true. So how about turning his words against him with a more positive, patriotic and uplifting version that proudly declares that we're the greatest nation in the world with even brighter days ahead: "Making America Even Greater!"

"Making America Even Greater!" establishes for voters a crystal clear contrast between the two campaigns. It gives them a choice between pessimism and optimism; discouragement and inspiration; failure and success. A message that continues the hope and change mantra delivered so effectively by Barack Obama in 2008.

I'm sorry, but "Fighting For Us" doesn't cut it. It's dull and spiritless. You're so much more transcendent than that. Your campaign needs an effective bumper-sticker that perfectly sums up who you are and what your candidacy is all about. Every time Trump tells voters he'll make America great again, you'll be telling them we're already great and getting greater. That you'll be leading them to an exciting future, not back to America's dark, ugly past.

"Making America Even Greater!" It's a winner. Take it. It's my little gift to you.

I have followed Hillary since her work on the Watergate Hearings. She is by far the most qualified candidate of them all. But since the repub hate media machine has vilified both Hillary and Bill since the 1990s, she needs to reintroduce herself to the voters. Many have bought into the hate mantra of the repubs and that needs to be defused big time.

You have the best slogan yet. I hope Hillary does get to see it and USE it. I have been watching Nate Silver and his predictions and Hillary is on a non-stop roll to the White House. She will cut Trump down to size in the debates. I can't wait.