Is Donald Trump Having a Meltdown? 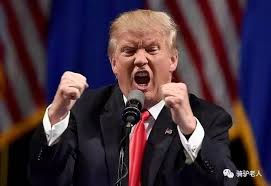 Donald Trump lost the popular vote to Hillary Clinton by 3-million votes. And it's absolutely killing him. Witness all the whining and conspiratorial rhetoric he's been spewing since his controversial victory November 8th. Clearly, he's unhealthily obsessed with this humiliating margin and has been waging a bizarre self-sabotaging campaign which counter-intuitively calls into question the very legitimacy of his presidency. We can only conclude that his megalomania is so out of control that we're experiencing the first-ever presidential meltdown.

The most unpopular incoming president in modern history this week called for a "major investigation" into what he claims was such widespread election fraud involving undocumented immigrants that it cost him 3-5 million votes and tipped the popular vote from him to Clinton. It's a patently false charge for which he's not presented a single shred of evidence, and one which has been repeatedly debunked by fact-checkers and the Pew Study, which Trump disingenuously cites as his proof. FraudGate is a solution in search of a problem.

We should be witnessing the honeymoon phase right now between Trump, Congress, the press and voters. Instead, he's obsessing over numbers, ratings and the trivial 'bigly'-ness of things like his inaugural crowd, the size of the protest marches and the popular vote count. If he is this thin-skinned, erratic and distracted now, imagine what Trump would be like if the economy turns negative, the stock market crashes and/or there's an act of terrorism. If this is Honeymoon Trump, what the hell does Stressed-Out-National-Crisis Trump look like?

Most alarming is that Trump's emotional unraveling is occurring in just the first week of his nascent presidency. What seems to matter most to the new Leader of the Free World is not uniting the electorate, growing the economy, creating jobs or fighting terrorism. Trump's number one priority is Trump. He's commander-in-chief alright, but the mission is Operation Self-Aggrandizement: Please America, give me the attention, praise and credit I so desperately crave.

To be sure, Trump's victory was a truly spectacular accomplishment in which he defied all odds, bucked traditional wisdom and played the game of politics by his own rules. But it's not enough for him. He's simply incapable of feeling a genuine sense of satisfaction, pride and accomplishment, and instead constantly seeks the validation and vindication from others. When they don't comply, he's deeply rejected, offended and cravenly takes to his bully pulpit (usually Twitter) to strike back. It doesn't matter who or what is left in his wake.

There are truly dangerous consequences to Trump's lingering Id-driven fixation with the general election results. His egomaniacal quest to rewrite history is undermining the integrity of our democracy, suggesting instead a banana republic sullied by rigged elections and illegitimate leaders. More unsettling is how he's expending his political capital on this bogus fraud claim rather than the indisputable fact, according to 17 national security agencies, that Russia, an enemy state, hacked the election. In what many believe is an act of treason, he's defended Vladimir Putin while disparaging the Unites States intelligence community.

But perhaps the greatest threat to America's democracy is that we're now living in the "post-truth" age of "fake news" and "alternative facts." Trump's lying is pathological and stunning in its depth and breadth whether, for example, it involves voter fraud, crowd sizes, crime rates, Mexico paying for his wall or Muslims dancing in the streets after 9/11. For the first time in history, we're unable to trust any information that comes out of the White House. Our new reality is that there is no reality. We can no longer distinguish fact from fiction. Lying is the new spinning. The truth is whatever Trump & Company says it is. Our free and open press is being attacked and restricted. Propaganda now rules the day. And we're looking more and more like a fascist state. That's some seriously scary shit, people.
Posted by The Ostroy Report at 7:50 AM