The Komen Controversy: Enough Already with "The Power of Social Media" 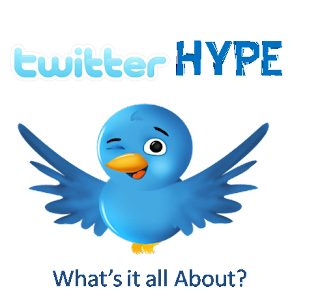 First off let me say that I find the Susan G. Komen Foundation's decision to end funding of Planned Parenthood irresponsible and reprehensible. Caving to right-wing anti-abortion extremists is both despicable and shameful. There's simply no place for politics in the on-going struggle to fight breast cancer. But I also have to say I am sick of hearing about the "power of social media to harness protest," as the New York Times reported Friday. While I completely understand, appreciate and accept the benefits the Internet provides, we as a society have to stop making it as important to the story as the story itself or, as in some cases, making it even bigger than the story.

Remember the demonstrations in Iran in 2009? And how quickly the media, and just about everyone else, rushed to give credit for this "revolution" to Twitter and Facebook? Back then I wrote:

What do the American Revolution, the French Resistance and the Civil Rights Movement have in common? They all somehow managed to change history without Facebook and Twitter. But if you listen to our technology-obsessed media this week as post-election unrest unfolds in Iran you'd get the distinct impression that the current opposition rebellion could not exist without these social-networking sites.

To be sure, Demonstrations, protests, boycotts and revolutions have existed since the beginning of time. We all know what the Boston Tea Party protests of the 1700's led to, right? More recent examples include Cesar Chavez's Delano Grape Strike in 1960, the 1955 Montgomery Bus Boycott and Anita Bryant's 1977 legislative victory against homosexuality (which, much to her ultimate embarrassment and disappointment, served to fuel a new era of aggressive gay rights activism and protest).

I know it sounds terribly sexy and is highly seductive to discuss social media and its role in major current events, but I fear the "me generation" of the 2000's risks patting itself on the back way too much (which, really, is what Twitter and Facebook is all about, isn't it?) rather than keep the focus on the story. A protest or boycott movement should be about the core issue and not on which medium those who protest are spreading the word. When that aspect starts to dominate, then it becomes more about the protester than what he or she is actually protesting.

If this were the 1960's and we were expressing outrage over Komen's decision, the word would ultimately be spread just as effectively and with the same outcomes...albeit with less speed. Let's not take away from the power of protest, and what we as citizens can achieve, by wasting so much time fawning over technology's role in all of it. At the end of the day, it's the people who use Twitter and Facebook, just as they used other media throughout history to foment dissent and harness protest.

What would we have without these two sites through which to spread information about the massive protests? We'd have cell-phone cameras, Youtube, digital cameras and email. And what would we have before that? Phones, videotapes, 35mm photographs and underground newspapers. And what would we have before that? Well, we'd have the American Revolution, the French Resistance and the Civil Rights Movement, which last time I checked, profoundly changed the course of history without the ubiquitous Twitter and Facebook.
Posted by The Ostroy Report at 8:02 AM

re:
>>Remember the demonstrations in
>>Iran in 2009? And how quickly
>>the media, and just about
>>everyone else, rushed to give
>>credit for this "revolution" to
>>Twitter and Facebook?

Actually, as I recall, it was later revealed that the likes of Twitter had virtually zero impact on what was going on in Iran in 2009. Less than 1 percent of Iran even used Twitter, at least then.
(In fact, as I recall Twitter didn't even offer a Farsi language version then).
Twitter and Facebook are eager to foster the impression that they are the social networking medium of choice worldwide. Of course, that's not true---and thank God for this, as I really don't want any big corporations to ever monopolize social networking.
Frankly, I don't trust FB, Twitter, or Google----or ANY situation where power is too concentrated.