My Colonoscopy: Nothing to Fear But Fear Itself 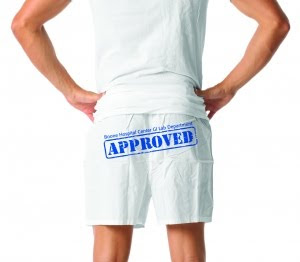 I went for my first colonoscopy this week. I'm 52-years-old, and technically, by medical standards, two years late in taking the examination. The truth is, I put it off out of an absolute dread of the procedure and the preparation.

It's important to understand and appreciate a few facts: The American Cancer Society estimates an annual 141,000+ Americans will be diagnosed with colorectal cancer and that roughly 35% of those stricken will die. It is the third most commonly diagnosed cancer and the third leading cause of cancer deaths in the United States. Approximately 90% of all cases occur in people over the age of 50, and at a 35-40% higher rate in men. It's a particularly slow growing cancer, developing over a period of 10-15 years. Which is why it's critical to have a screening exam such as a colonoscopy every five years.

So at the aggressive urging of my girlfriend Phoebe, I finally made the appointment, albeit with uber-trepidation. Full disclosure: I'm a really lousy patient. I have obsessive fears of sickness and death (exacerbated by the shocking murder of my wife Adrienne five years ago) and tend to avoid doctors and hospitals unless I am incapacitated.

I'd heard horror stories about the prep part. Guys would tell me how the night before, after eating nothing all day, they had to drink about 42 gallons of a disgusting liquid that tasted like a pasty vomitous combo of chalk and Elmer's Glue, and that that the rest of the night was filled with nightmarish bowel movements and desperate prayers to Jesus. I also made the mistake of watching videos on YouTube that demonstrated in gory detail every single aspect of this hellish ordeal. It literally scared the shit out of me (pun intended).

About a week before the exam my doctor mailed me instructions. I was told to purchase two 10 oz bottles of Magnesium Citrate and a Fleet enema. Leading up to prep day I was an emotional wreck. You'd have though I was going in for penile reconstruction surgery. At 6:30pm I bravely stuck a straw in one bottle, put it in my left hand, and held a raspberry lemonade chaser in my right. I was pleasantly surprised to find the medicine tasting almost like a Sprite. I sipped it up pretty quickly and waited an hour to drink the second bottle.

During this period I felt slight gurgling in my stomach, but little else. I drank the other bottle and naively asked Phoebe around 8:30 "Shouldn't something be happening by now?" Perhaps I did something wrong. Maybe the lemonade cancelled out the Magnesium Citrate? And then it hit. And hit. And hit again. And...then hit some more. And some more after that. Then a lot more. And even more. And even more than that. I basically spent the next ten hours in and out of the bathroom experiencing things no human being should ever experience.

Throughout the night I heard sounds coming from my stomach that I suspect the people of Pompeii never heard even as Vesuvius erupted. My bowel movements had the speed and ferocity of a tsunami. If I could only get a shower head this powerful. And it was like a Great White Shark had been cut open by Roy Scheider. All sorts of things came gushing out, like the pennies I swallowed as a kid, missing keys, beer cans and some small fish.

To be sure, I left my soul, and my dignity, in that bathroom that night. The experience left me weak, utterly exhausted and thirstier than I've ever been in my life. And if that wasn't enough I then had to insert the enema, just to make sure my insides were fully depleted before we left the house. "Lie on your left side and stay that way until you feel the need to evacuate" the instructions read. Evacuation? Is that what we're calling it now? At this point "evacuation" was what I thought my neighbors might be doing to escape whatever the hell they thought was happening in my apartment that might hurt them.

An hour later I was inside the exam room, my horribly dispirited ass exposed by the always-humiliating open-back gown they had me wear. Waiting for the anesthesiologist and doctor, I curiously glanced around the room and immediately spotted the dreaded beast: the seemingly 40-foot black Anaconda-like hose-camera they were going to insert up my now empty canal.

Minutes later, as they were prepping to give me some Propofol, we talked about how this stuff killed Michael Jackson. They assured me my fate would be different than the drug-addicted bizarro King of Pop. "Think of someplace nice for a vacation" they then said and in seconds I was dancing like Dorothy in the poppy fields. I woke up about an hour later. Hadn't felt a thing, and felt pretty good albeit a little groggy. I lay there alone thinking about the events of the past 24 hours and was glad it was over.

In all honesty, there was truly nothing to dread. My intense, almost paralyzing fear had been overblown and unwarranted. Sure, it was a mighty unpleasant experience the night before, but the worst part of that was simply having to go to the bathroom so much. The prep drink was more than bearable and the procedure itself felt no different than had I taken a simple nap in the exam room.

There was one final piece of this story that is a bit nerve-wracking: getting the results. After sitting a few minutes in the waiting room I was asked to meet the doctor in his office. He stood up, smiled (oh God, why is he smiling?) and proceeded to close the door (oh God, why is he closing the door?"). He's smiling, I thought, because he wants to be reassuring that this cancer I now have is a "good cancer." And he's closing the door so that no one can hear me scream "What the fuck do you mean "good cancer!?"

"You're exam went as well as I could possibly hope for," he quickly said. "Everything is perfect. See you in five years."

Congratulations! That is surely the most beautiful music to the ears. Now,when you are ok, why cant doctors look up as you enter the room & immediately say "you are OK" before they indicate the chair, turn on the big smile & charm,-thereby eliminating the dramatic suspense they know you are experiencing. You are certainly most graphic - its what keeps people away -but your humor managed to soften the edge. You once told your Mother that she had a paranoid fear of sickness, doctors and hospitals,(true) so in part thats where that may come from. Its also a man thing. However, I commend Phoebe for her insistance and your acquiescence. You did good!!

Andy, that's the funniest story you've ever written---sorry it had to be about a serious event---nevertheless, a funny account. I thought the doctors might suggest Colon Blow cereal. [remember the old Saturday Night Live fake commercial with Phil Hartman?] ---classic.

Andy, I wish I'd known about this, because after 2 of them, I'm a veteran (my experience with the first one is here. I was so much of a wuss that I was certain I would be the one person to not wake up from the anesthetic.

It's too bad your doctor put you through all that. You can achieve the same effect with 4 dulcolax tablets at noon followed by drinking a half-gallon of Miralax dissolved in Crystal Light, 8 ounces at a time, every 15 minutes. But the big secret to surviving the prep?

Ginger ale. A good sharp one, I recommend Hansen's.

Small sips in between gulping the half-gallon of Miralax. The sharp taste cuts the cloying taste of the crystal light and ginger settles the stomach. Remember this in five years when you go back. My next one is in 2014.

According to Wikipedia: "The American Cancer Society “Guidelines for the Early Detection of Cancer” recommend, beginning at age 50, both men and women follow one of these testing schedules for screening to find colon polyps and cancer: 1. Flexible sigmoidoscopy every 5 years, or 2. Colonoscopy every 10 years, or 3. Double-contrast barium enema every 5 years, or 4. CT colonography (virtual colonoscopy) every 5 years.[4]"

Thank you for your comedy and for easing my anxiety a little bit. My "procedure" is today. I quite enjoyed your story!!! Thanks again