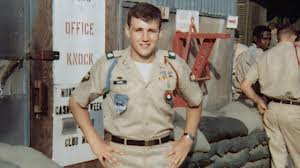 What's happening here is simple: we're witnessing the residual affects of the GOP's humiliating defeat in November and its recent loss in the Fiscal Cliff tax battle. Republicans are back and they're pissed!. They're trying everything in their power to obstruct Obama and Democrats on every conceivable front, even if that means shamelessly indicting a decent, rational, thoughtful patriot like Hagel whose oasis of diplomatic and military reason in a sea of sabre-rattling war-mongers is so desperately needed right now at the highest levels of government.
Posted by The Ostroy Report at 6:00 PM

This is simple to understand:

You see, a gay teen, having been brought into the homosexual lifestyle by his adult gay handlers will enter a Boy Scout Troop wherein there will be many shy young red-bloodied red-blooded American males haven't yet found their lovely young sweatheart.

Armed with his sexual knowledge, techniques and natural gay charms he will sweep the youths off their feet and turn them gay.

Also, the Scout Master perhaps in a difficult marriage where he wife (and only sexual partner ever) is no longer the same in the bedroom that she once was. Because of his natural urges the gay youth will sens his temporary weakness and the Troop Leader will succumb to his charms, as well.