Is Woody Allen Guilty or Innocent of Child Sexual Abuse? 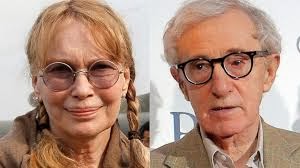 Woody Allen is guilty. Woody Allen is innocent. Actually, I have no idea what Woody Allen is, nor does anyone else except Dylan Farrow and Allen himself, although that hasn't stopped anyone, especially in the 24/7, free-wheelin', open-mike social-media playground, from pontificating as if they do.

To many in the court of public opinion, Woody Allen is as guilty as sin. Why?  Well, because it looks that way.  And because Dylan, his adopted daughter with ex-girlfriend Mia Farrow, published a shocking letter earlier this month recounting the sexual abuse she claims to have endured over twenty years ago when she was seven.

Perhaps like so many explosive allegations such as these, the truth will never be known. But that hasn't stopped people from making unequivocal judgments against Allen as if they were eyewitnesses to the alleged crime. The intoxicating allure of social media has given every Tom, Dick and Jane the forum to serve as judge and jury, absent the evidence to render such devastating judgements. Opinion has become the new fact.

Let me state for the record, again, that I have absolutely no idea whether Allen is guilty or innocent. But I do believe in America's system of due process, and the state of being innocent until proven guilty. The allegations against Allen are not new, nor are the conclusions drawn by Connecticut police, the state attorney and child-abuse experts they hired in 1993 to investigate; experts who had concluded that there was insufficient evidence that Dylan had been molested by Allen, and that it appeared she'd been coached.

Let's be clear, the allegations made by Dylan and outlined in her open-letter are horrifying.  As the father of three daughters I cannot comprehend such abuse. It sickens me to even think about it. I accept that she believes every single word of what she's saying, and that these ghastly experiences comprise her absolute truth. Whether they are real memories based on actual experiences, or are the nightmarish images cruelly planted by her mother when she was seven, will never be known for sure unless Allen one day confesses or Dylan experiences an epiphany.

But there's one indisputable fact here. Dylan Farrow was indeed abused by someone: either a sick, twisted, evil man with whom her mother was involved for many years, or by an even more deranged mother who, out of her own angry, vindictive and unconscionably self-serving state, sentenced her child to a life in an emotional prison and destroyed her relationships with her father and sister. She is a victim of unthinkable, heinous abuse either way. And for that we should feel nothing but compassion and rage.

But for many it hasn't stopped there. This emotional outrage is the basis for Allen's conviction in the court of social media. The "experts" on Twitter and Facebook use as "proof" myriad situations--misguided conflations-- that should have nothing to do with this case but have served to complicate it even further: the horrible abuse of children that occurs every day all over the world; how women are abused and mistreated by more powerful men; and by what many believe is Allen's "creepy" behavior with the then 19-year-old adopted daughter of Farrow, Soon-Yi Previn, with whom he's been married since 1997. None of which can or should be used to draw any conclusions about Allen's guilt. But is has.

Which is why it's time for people on Facebook, Twitter and elsewhere to stop drawing broad, unfounded, incriminating and terribly unfair conclusions of guilt, or unequivocal statements of innocence, about a very complicated 21-year-old case with which they personally know absolutely nothing about.
Posted by The Ostroy Report at 9:25 AM

The facts are that the judge in the case felt that Dylan was too young to have to go through trial. Believe the judge, who found that Dylan was telling the truth, and her mother, and that there was absolutely no proof to the allegations that she being vengeful. Allen should be brought back to trial, to face what happened, now that Dylan is old enough. All the child abusers should have that happen to them, there should not be time limits on it, often it takes years for a child to be able to have the strength to face their attacker. And shifting the blame to the mother is another horrible tactic that should not be allowed. It's a systemic attack on women and children. Be on the side of women and children, not on powerful men with millions and millions of money. I loved Allen's movies. I'm going to have to consciously not watch or endorse his work again because of the horror he's done. It comes down to our own choices. And what was I thinking, anyway for 20 years, I knew better, but brushed it aside. He married his own adopted daughter, for God's sake. This is a morality tale. Simple as that. Right and wrong. And the celebrities who will still work with him after this, will not be able to run from their own nagging consiences, as will the audiences who watch.