Why America, Not Donald Trump, Will Win in the End 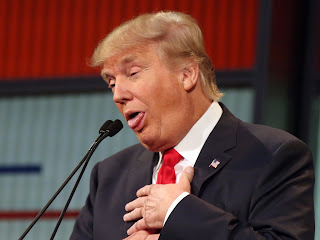 Ok, so Donald Trump is president. Leader of the Free World. Commander-in-Chief. Occupying the White House and Oval Office. There. I’ve said it. And, like most of the country, no matter how many times I say it, it still remains an unfathomable reality. Some even call it a nightmare. But president he is. And for at least the next four years, unless the impeachment gods work their magic, he’ll continue to be president. But there’s a limit to the damage he can and will inflict on us. That’s because America is so much bigger, better and stronger than Trump.

This is not to say that Trump won’t succeed in achieving, with the help of the Republican-controlled Congress, much of his conservative agenda. This includes lavishing massive tax breaks on the rich; lowering corporate taxes; eviscerating regulation; and reducing entitlement programs and benefits to seniors, the poor and middle class. Education, the environment, the arts, LGBTQ rights, international diplomacy, trade and our relationship with our allies will also suffer.

But in the ways we fear most, with Trump’s most outrageous campaign promises, he is powerless. For example, on the issue of repealing and replacing Obamacare, we see that it’s his own party that has made his new bill all but dead on arrival. On the issue of the border wall, we see how even Senate Majority Leader Mitch McConnell admits that Mexico will not be paying for it, and therefore it likely will never get erected (yet another failed Trump erection). And it’s unlikely that typically stingy Republican lawmakers will saddle taxpayers with its $15-billion bill. With his Muslim ban, Trump’s learning a very valuable civics lesson: that our Constitution and system of checks and balances means something. That our judicial system won’t just allow him to do whatever he wants in his reign of racist, xenophobic terror.

And then there’s RussiaGate, Trump’s eventual Waterloo. A scandal so big and threatening to America’s democracy and national security that it has the potential to bring down his entire administration (leaving us with President Ryan? Oy...). Trump can stymie, distract, deflect, deny, feign ignorance and lie all he wants, but as Dick Nixon would tell him, it’s the cover up that’ll get him in the end. And there’s no doubt that when it comes to allegations of Trump’s colluding with Vladimir Putin and Russia, where there’s smoke there’s...well...a 50-alarm forest-fire raging through the White House. The parallels to Watergate are stunning. I’m sure Nixon would warn him that the drip, drip, drip of leaks is what feeds the media, and just like it was Bob Woodward, Carl Bernstein and the Washington Post that brought him down, it’ll be the media that causes Trump’s house of cards to come crashing down as well.

To be sure, our Founding Fathers were pretty smart dudes. They knew what they were doing when establishing our new nation. They had the extraordinary prescience to create a system that would not only address the possibility of a tyrant-wannabe like Trump occupying the Oval Office, but more so to protect us from him with law and three equal branches of government. So while I, like most Americans, grow increasingly, frustrated, angry and impatient with Trump’s patently unAmerican, unethical, amoral and possibly illegal behavior and pathological lying, I trust that in the end America will prevail in the battle of good vs evil. In short, we may have a selfish, self-serving, heartless Republican as president, but our system won’t tolerate a corrupt, possibly treasonous and criminal mad man.

Perhaps Trump might want to think about resigning. He could go back to Trump Tower, where life was great and simple. Where he could make his billions, grab whatever pussies he wants, and feed his rapacious ego without challenge. Where he’s the boss. The big guy. The only vote that matters. Where people fear him and do whatever he wants, no questions asked. He could sit on his thrown in his 5th Avenue sanctuary, free from the challenges and obstruction of Congress, the courts and the media. While there’s still time to salvage whatever might be left of his family, his business and his legacy.
Posted by The Ostroy Report at 7:44 AM

Of course America will survive Trump. We've been through hard times before.
But scientists say that iceberg the size of Delaware is about to break off and float.
It may already be too late to save the earth from irreversible climate change, but Trump's policies surely won't help the situation.