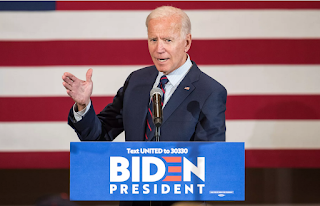 I woke up with an epiphany this morning. I saw into the future, and I didn’t like what I saw.

It’s November 4, 2020. Donald Trump has been re-elected president. My America, and the beloved democracy on which it stands, was officially an autocracy. Maybe even a dictatorship. Trump now controlled the presidency, the Justice Department, the Senate and the military….without the fear and worry of impeachment, removal or another election. Chilling.

I woke up feeling sick to my stomach. Kinda like that same feeling I had the night of November 8, 2016. Except worse. Much worse. Because that night I started putting my faith in the American people and the rule of law. I set my sights on the next presidential election and the expectation that once we experienced four years of Trump the last thing we’d want is four more.

But I no longer have faith. I no longer believe my fellow Americans will do the right thing. I am terrified that Trump will somehow survive all of his massive political and legal crises and achieve his dream of totally destroying America.

I believe Trump was elected because of racism, not “economic anxiety” or any other bogus motivation. I believe he knew that white, uneducated working-class men (and many women) were angry that America was becoming an even bigger patchwork of blacks, Hispanics, Gays, Jews and immigrants who were taking away what was ‘rightfully’ theirs. And where women had the audacity to want equality instead of being barefoot and pregnant while fetching them a beer as they adoringly gaze at ESPN.

I believe Trump’s master plan was to remind these disenfranchised men that they are the master race. And that together they could Make America White Again. I believe Trump was right when he shockingly declared in 2016 that he could literally shoot someone on 5th Avenue and not lose his supporters. Because that’s how angry these white folks were…and still are.

And that’s why these angry white folks are not just ok with Trump being the most self-serving, corrupt, treasonous president in history, they empower him. They attend his rallies and shower him with the love, adoration and validation he craves because of crippling insecurities and staggering self-loathing. They assure him they’re behind him as he pathologically-lies, spreads propaganda, shatters norms, dismantles institutions, attacks the media, name-calls his detractors, incites hate and violence and ushers us to the precipice of dictatorship like a megalomaniacal sociopath (remind you of anyone else?).

They’ve lost all sense of decency. Of right and wrong. Of law and order. Of even to protect their own self-interests. Because…they…don’t…like…blacks…Hispanics…immigrants…Gays…Jews…and uppity women. Period. End of story.

(We’re almost at Biden, believe me…).

So now Republicans demand that we not overturn the 2016 election by impeaching and attempting to remove Trump. That we should instead let the public decide. That we should let voters punish Trump and hold him accountable at the ballot box next year. To be clear, Trump is under investigation for conspiring with foreign nations to interfere in the 2016 election and is publicly, brazenly doing it again for ’20. And we’re supposed to accept that the best, wisest solution is, ‘try another election?’

“It’s like, if you’re accused of cheating in Monopoly and your solution is, oh, well, let’s just play a game of Monopoly and see who wins to decide who’s right,” said Neal Katyal, celebrated Supreme Court attorney and former United States Acting Solicitor General, and author of the just-released book “Impeach: The Case Against Donald Trump.”

Next year’s election is the most important and consequential in American history. Oh sure, you’ve heard that warning before. But this time it’s real. It’s not simply about red vs blue, low taxes vs high taxes, big government vs deregulation. It’s about democracy vs autocracy. It’s a choice between a 234-year-old system of checks and balances or Herr Trump.

I like to gamble as much as the next guy. A little blackjack is my jam. But when it comes to this election, I’m not in a gambling mood. That’s why, barring some bombshell news, I’m supporting Joe Biden.

Don’t get me wrong. I love many of the current candidates, especially Pete Buttigieg, Kamala Harris, Elizabeth Warren and, yes, even Mike Bloomberg. I believe in many of their progressive policies and that each would be an incredible president. But I don’t believe, after years of Trump’s far right-wing fanaticism, that America wants another revolution where we swing too far to the left. At least next year.

Why am I so scared? Democratic turnout is typically around 60%. That’s not enough to beat Donald Trump, especially if, with the help of Putin, another fix is in. While it’d be fabulous if democrats show up at the polls at 65%, 70%, 75% or more, I’m leaving nothing to chance. Which means we need to convert an appreciable amount of Trump supporters, moderate Republicans and independents. And in my opinion, Joe Biden is the only candidate who can do just that.

Full disclosure: if not for this extremely strategic calculation, Biden would not be my first pick. To be sure, I have nothing against old white guys (I am one). But I much prefer a woman (Warren), a person of color (Harris, Patrick) or a young gay man (Buttigieg). I also appreciate Bloomberg’s pro-biz / socially liberal positions and think he’s a valid alternative. But truthfully, I would prefer a gnat over Trump, and I would lay down in traffic for that gnat should it win the nomination. But, unfortunately, I don’t believe the gnat would win in the general.

Biden is our bridge back to sanity. To decency. To normalcy. He’s the green-thumbed gardener who can help cultivate a fertile new landscape so that we could see a woman, black, Hispanic, gay or progressive president in ‘24 or ‘28. He can win back the critical Blue Wall states of Pennsylvania, Michigan and Wisconsin (because… it’s the electoral college, stupid). He appeals to an overwhelming majority of blacks, especially in the critical Southern states. He appeals to white, working-class, non-college men and women. And like it or not, we need them to kick Donald Trump’s ass to the curb.

Which is why I’m supporting Joe Biden…
Posted by The Ostroy Report at 9:57 PM

Because America likes experienced, moderate Democrats that promise a return to normalcy and nothing else.

Trump didn't win because of racism, nor economic anxiety.
He won because Hilary Clinton was a weaselly moderate. Not even an ordinary moderate like Kerry.

She had no vision and a failure to cop to the stupid private email server eff-up that was originally perpetrated by Bush 43. Remember the AG purge and Roberto Gonzales? Same crime and Hil was there to see it. But did the same blessed stupid thing.

She ran a campaign promising nothing even after running scared form Sanders and promising college debt relief even after accusing Sanders of pie-in-the-sky ideals. Proper progressives didn't believe a word of it, but the conservatives who want a tight fiscal policy were given doubts that she'd properly strangle the economy's money supply.

Trump won because Hil was so bad.
Now you trot out Hunter Biden's dad?
What because unions back him? Unions have never been a smaller voting block since the 30's.
Because black people support him? They supported Hil big time. How'd that turn out for us?
No. Biden is the one guy who might lose to Trump.

Obama, not exactly a liberal but unquestionably a progressive change for America won with... 53%. Bear in mind the Reagan blowout of 1984 was just 55%.
In the depth of the recession Obama won with 51% having delivered a liberal agenda.

Moderates get 48%.
Biden will get 48%.
To think he's our ticket to the Oval Office defies clear historical record.
If he wins, it'l be because Trump is impossibly bad.
But that wasn't enough to save Hilary. I'd prefer we give Americans something to vote FOR, not just against.