An Open Letter to the Other Half of America… 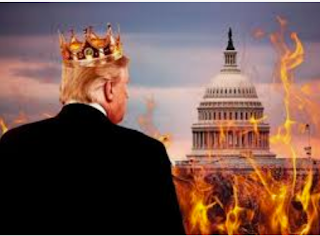 For the life of me I cannot understand how you could still support him. Do you no longer care about anything you used to care about?

On some level I get it. Four years ago you were seduced by all the racial rhetoric. You were scared, frustrated, tired of seeing your white privilege diminished by the nation’s changing demographics. Then along came Trump with his promise to Make America Great (white) Again. It was intoxicating. But that was then.

Let’s consider all that’s occurred since. What you’ve accepted from Trump:

You’re ok with the shattering of norms and the defiling of institutions including the FBI, intelligence community and independent judiciary.

You’re ok with a deadly pandemic and sacrificing the elderly and sick.

You’re ok with enabling our most deadly enemies.

You’re ok with alienating our most trusted, respected, loyal allies.

You’re ok with treason and the endangering of our national security.

And now you face the biggest question of all: are you also ok with America becoming an autocracy? With Trump becoming King? Because that’s what’s at stake in this election.

It’s all fun and games until someone loses a democracy…

Posted by The Ostroy Report at 2:58 PM