Trump Will Not Win: Why This Election is Not 2016 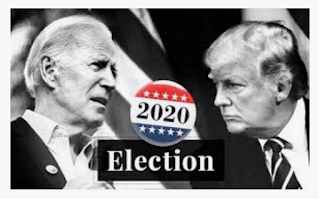 I am 100% confident that the next president of the United States will be Joe Biden. I am basing that on facts and reality, and refuse to get caught up in the fear and hysteria that consumes many of my fellow democrats.

To begin with, let’s remember that Donald Trump barely won in 2016. He lost the popular vote to Hillary Clinton by almost 3-million, and eked out a paltry 77,000 vote margin in the formerly impenetrable blue wall states of Wisconsin, Michigan and Pennsylvania. Consider that he narrowly won when his slate was clean and he wasn’t burdened by broken campaign promises, corruption, impeachment, a deadly virus and a struggling economy. He was simply the shiny new ‘celebrity’ toy for disenfranchised, racially-frustrated white voters seduced by childish stand-up comedy and Morton Downey Jr-like bombast.

Jump ahead to 2020. Trump is toxic material. Americans have endured four years of ignorance, incompetence, sexism, misogyny, anti-Semitism, racism, xenophobia, homophobia, divisiveness, hatefulness, bullying, corruption and treason. And they’re exhausted. But what’s critical this time around is that this Trump-fatigue is not limited to Democrats.

If you define Trump’s “base” as everyone who voted for him in 2016, he’s lost much of that support including women, youth, seniors, suburbanites, college educated, minorities and independents and has appreciably eaten into Trump’s core male base as well.

Even worse is that he’s not only lost a ton of moderate “Never Trump” Republicans, but they’re actively fighting with Democrats to defeat him. Two prominent examples are The Lincoln Project and Republican Voters Against Trump, whose founders include many of the most skilled, aggressive conservative operatives in modern political history such as Bill Kristol, Steve Schmidt, Rick Wilson, Sarah Longwell, Mike Murphy and John Weaver. Their ads have been ruthless. The kind we Democrats always envied but never had the balls to create.

There have also been hundreds of Republican prosecutors, high-ranking military personnel and national security officials — past and present — who’ve endorsed Biden. A first in my lifetime.

In 2016, Trump as the ‘outsider’ ran against one of the most unpopular ‘insider’ candidates ever. Hillary Clinton was branded an elitist and struggled to garner support from the Bernie Sanders camp, and was cannibalized on the left by 3rd party candidate Jill Stein. But Biden is not Clinton. He’s extremely well-liked on both sides of the aisle and on both Wall Street and Main Street; the ‘Bernie bro’s’ are a non-factor in this election; and there’s no Stein peeling away progressives.

Furthermore, an over-confident Clinton failed to show up in those key blue wall states. She took voters there for granted. To the contrary, Biden, Harris and their surrogates have ubiquitously campaigned in all the critical swing states and have boldly put themselves and much resources into formerly unthinkable red states such as Georgia, Texas and North Carolina (where Trump abruptly cancelled last night’s rally due to the forecast of 14mph “wind”).

Which is why all the major polls (with the exception of Trump-loving Rasmussen) have consistently shown a strong double-digit national lead for Biden as well as enviable 4–10pt leads in all the swing states.

To be sure, Trump himself knows the landslide’s coming. Which explains the ‘rigged election’ narrative he’s been spewing for months. I suspect if he thought he was going to win he wouldn’t be undermining his own victory by oddly challenging the results before the first votes were even cast.

As of this writing, almost 85-million total votes have been cast, which is roughly 63% of the 136-million popular vote total for ’16. That’s record-breaking enthusiasm and turnout so far. Early voting, especially in states like Texas, Florida, Georgia, Arizona, Michigan, Wisconsin and Pennsylvania, is off the charts. Given what Americans know about Trump, coupled with the consistent steady polling leads for Biden, this spells disaster for the dictator-wannabe.

On paper, and finger to the wind, Joe Biden will be the next United States president…

Posted by The Ostroy Report at 1:20 PM