Let's Stop Being PC and Call the Tea Party What It Is: The Stupid Party 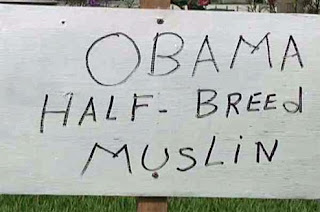 There. I've said it. And it feels damn good. I'm sorry, but I'm sick and tired of watching the mainstream media, and seemingly everyone else for that matter, give legitimacy to this cabal of embarrassingly under qualified non-intellectuals who seek to reverse the social, educational, scientific and economic progress America's made since the Founding Fathers put pen to paper and drafted the U.S. Constitution...ya know, that little document which Tea Baggers like Delaware Senate candidate Christine O'Donnell like to refer to ad nauseam despite not having a clue as to what the hell's actually in it.

Yes, I'm sick and tired of the sheer stupidity of this movement called the Tea Party. I'm aghast at the stupidity of both its candidates and its constituents. They decry and denounce everything modern, logical and rational. They're against everything and think government should stand for nothing. And what's truly stupid is that they don't even understand the very principles for which they stand. Just witness the level of ignorance in the following video at a D.C. Tea Party rally:

These uninformed lost souls vehemently shout for "small government" and "less government handouts," but ask them if they'd like to lose their Social Security and Medicare and they smile and say, "Oh no, that stuff I like!" They don't know what the hell they want, yet that hasn't stopped them from being really, really angry anyway. And they support candidates who stand for nothing and are against everything. They mock science, think evolution is "a myth,", claim President Obama is an illegal alien, are against stem cell research, the Department of Education, the EPA, Social Security and Medicare, health care reform, financial reform, cap and trade and other environmental protections.

Just consider the sheer lunacy of some of the statements found in a NY Times article Thursday by several Tea Party supporters interviewed about their denial of global warming:

"It’s a flat-out lie," said Norman Dennison, a 50-year-old electrician and founder of the Corydon Tea Party. He added that he had based his view on the preaching of Rush Limbaugh and the teaching of Scripture. "I read my Bible. He made this earth for us to utilize."

"This so-called climate science is just ridiculous," said Kelly Khuri, founder of the Clark County Tea Party Patriots. "I think it’s all cyclical. Carbon regulation, cap and trade, it’s all just a money-control avenue." She added: "Some people say I’m extreme, but they said the John Birch Society was extreme, too." (um, that's because it is)

And yet another Tea Baggin' genius: Lisa Deaton, a small-business owner in Columbus, Ind and founder of Tea Party affiliate We the People Indiana, said "They’re trying to use global warming against the people. It takes way our liberty. Being a strong Christian, I cannot help but believe the Lord placed a lot of minerals in our country and it’s not there to destroy us."

Even worse are the certifiably loony candidates that these dopes are supporting. Let's take a look at the Tea Party's "A Team:"

Consider O'Donnell, who's cheated on her taxes, lied about her education, defaulted on her mortgage, defaulted on her college tuition, reportedly used campaign funds for personal use, campaigned against sex and masturbation, and admits to "dabbling in witchcraft." She has also made a series of very bizarre statements about scientists cloning humans with animals which produce "mice with fully functioning human brains;" and believes homosexuality is "an identity disorder" and that having women in the military "cripples the readiness of our defense." Her latest embarrassment involves her complete, utter lack of knowledge about the Separation of Church and State and the U.S. Constitution's 1st Amendment establishment clause which protects it:

Or Harry Reid's Senate opponent in Nevada, Sharron Angle, who during an interview about abortion, when asked hypothetically what a 15-year-old girl who was raped by her father should do, Angle suggested that she "turn lemons into lemonade" and find a solution. She also wants to repeal health care reform; is against financial reform; seeks to cut Social Security benefits; and scoffs at global warming. Just this week she told a group of Hispanic students that they look Asian.

Or how about Joe Miller up in Alaska, who thinks that unemployment insurance is unconstitutional, and who had his goons assault a reporter this week simply for asking a question? Or Rand Paul in Kentucky, who doesn't believe in the Civil Rights Act of 1964. Or Colorado's Ken Buck who thinks "this global warming is the greatest hoax that has been perpetrated." Or the "refudiatin" Sarah Palin, who Tweeted her followers this week urging them to support Pennsylvania Senate candidate John Raese. Only problem: Raese is running in W Va. Can you say, airhead?

And what about Newt Gingrich, who's blatant racist comments about President Obama last month were shocking let alone moronic: "What if Obama is so outside our comprehension, that only if you understand Kenyan, anti-colonial behavior, can you begin to piece together his actions? That is the most accurate, predictive model for his behavior."

To be sure, what we're witnessing with the Tea Party is politics at its stupidest best. This is a dumb party, with dumb ideas, dumb candidates and even dumber voters. Someone just has to say it, and I'm fine with it being me.


On another subject, we can use your help at The Adrienne Shelly Foundation. The The Adrienne Shelly Foundation is a 501 c 3 tax-exempt, non-profit organization dedicated in my late wife's honor, and with a simple mission: supporting women filmmakers. Adrienne, who wrote, directed and starred in the hit film WAITRESS, was killed November 1, 2006. Through the Foundation, her commitment to filmmaking lives on. Our mission is simple: to support women filmmakers. Since then we’ve awarded over 20 grants and scholarships through our partnerships with Sundance Institute, Tribeca Film Institute, American Film Institute, Columbia University, NYU/Tisch School of the Arts, IFP, Women in Film and the Nantucket Film Festival. Our grantees include Cynthia Wade, who won an Oscar in '08 for her documentary, FREEHELD, which we helped fund. If you visit our website you’ll see the many faces of the very talented women from around the world who’ve benefited from our assistance. Your generous contribution will go a long way towards helping us achieve this very important mission. Please click here to make a donation. Thank you.
Posted by The Ostroy Report at 8:12 AM

I agree, but there are folks who will vote for them.

We will rue the day that we let them re-gain power. Ed Shultz has said that he isn't sure if we would ever have another election.

Ahhh the inner party making fun of the proles...how quaint

the tea party is for "selected socialism" for themselves and nobody else.....

If one were to go back in history to the rhetoric flowing across the Weimar Republic just prior to the rise of the Nazis, one would discover the same depressed level of intellectualism that currently affects the United States. Emotion overrules all logical thought. Through emotion, the people are aroused into allowing actions they would normally oppose if not pressured to act quickly through exhortations of fear. And once the monster is unleashed, it has to spread out to devour ever more until it consumes everything.

No Hitler is going to be placed into power in this nation by a fading chief executive. That provision is not in our law. But through the abuse of the voter -a conspiracy of corporate interests using the media and "legal" electoral processes against We the People- one cannot discount that his heir could be elected.

I wish I could say enough people care to act to prevent such an outcome. But based on the successes of the Tea Baggers, I cannot. It is almost as if the Tea Baggers want to see this nation fail and no one wants to stand up to them. Kitty Genovese would understand.

The "Stupid Party?" I disagree. Amend that to the "Stupid and Racist Party." Gawd, the arguments I have with my winger sister that always leave her sputtering with, "that's not in the Constitution!" (the Treaty of Tripoli, Thomas Paines "Age of Reason", Thomas Jefferson's "Jeffersonian Bible" the Bible itself, etc). These people have never actually read those books or documents they wave around or know any of the convictions of the founding fathers they hold in reverence like saints, whom they would stone as heretics if they lived today. They never read ANYTHING or study on their own. They just get brainwashed by Faux or by the personal beliefs of political demogogues and preachers that never read or study either. Idiots.

This from the blog 'Don't Tea On Me' -"The blatant dishonesty of the forces behind the Tea Party movement, and the stunning stupidity of the people seduced by it has never really been talked about by most of the mainstream media. And why is that? Simple…exposing the truth about the Tea Party would have effectively killed it long ago, and the media would have had to go back to the mundane task of reporting what really mattered, like who was or was not governing in the people’s interests. Of course, in the 24/7 cable media circus, where the fight for ratings and revenue is paramount, this was really not an alternative."
http://wp.me/pNmlT-un

I fear that you've got the First Amendment ignorance shoe on the wrong foot....

O'Donnell asked the question where in the Constitution is it written that there must be a separation of church and state.

Now I'm sure to people inclined to skim important documents and to slam political opponents thoughtlessly for political advantage would find that ignorant and uninformed.

The sad truth is that "separation of church and state" appears NO WHERE in the Constitution. The first amendment says that CONGRESS shall make no law respecting an establishment of religion or the free exercise thereof".

That is the LIMIT of what the Constitution says.

What's more, it wasn't until after the Civil War that the 14th amendment was passed which subsequently incorporated the First Amendment as applicable to the States.

Hence many colonies and then states had official churches. Indeed - through 1833 Massachussets actually used its state budget to fund the official church of the state.

Jefferson himself - one of the most liberal of the founders - went to Churches located ON THE PREMISES OF CONGRESS when Congress was in session.

No where does it say that government must be SEPARATE from religion. To this day, each house of Congress has a chaplain and each session is opened with non-denomination prayer.

It wasn't until 1947 that the Court began it's expansion of what the first amendment says that the issue of separation of church and state entered the jurisprudential literature.

And it's an absolute mess. In God We Trust is on our money. One nation under God is in the pledge of allegiance. You can fund religious schools with books and transportation resources. Each session of Congress can open with a neutral invocation, but not a high school graduation. You can't have a creche, but you can have Santa and a Menorah.

And that's what O'Donnell was talking about. Where in the Constitution is this nonsense written? Simply stated "separation of church and state" isn't.

That created quite the stir.

What didn't create a stir was O'Donnell asking Koons if knew the five protections afforded by the 1st amendment and all he could come up with was one. He forgot all about freedom of speech, freedom of the press, the right to assembly and the right to petition government.