An Open Letter to Democratic Voters 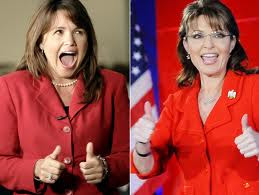 Ok, you're pissed off. Really pissed off. Especially you young folks, and blacks, and progressives. We get it. You feel your party has let you down. And you feel that President Obama, who you historically elected two years ago and who you expected to magically lift America from its economic abyss, has disappointed you as well. You're angry about your jobs (or lack thereof), you're angry about your dwindling home values, you're angry about your disappearing 401K/IRA/savings accounts and you fear for the future. And rightly so. The country is experiencing the worst financial crisis since the Great Depression eighty years ago, and desperation and despair has set in for many of you.

Tuesday of next week there will be an election. A very, very important election. An election that will critically alter the political landscape for many years to come, and greatly impact the health, economic, social, environmental, legislative and judicial policies of our nation, many of which affect you and your families. At stake, among other things, are decisions about your health, your Social Security, your Medicare, your civil rights, your children's education, who you can marry, who you can have sex with, a woman's right to choose, how and when you can buy a home, when you can retire, protecting your retirement savings, whether we govern under the Separation of Church and State, whether we respect science, fund stem cell research, fight global warming, and whether your children are sent to fight unjust wars.

To be sure, this election is like no other in American history. It represents the cruel irony of potentially reversing 200 years of American progress just two years after electing the first black president. Just two years ago we thought, look how far we've come, America! Two years later we're now thinking, look at how little we've truly progressed. The Republican Party, re-branded as the Tea Party, would like to "take America back" to the days when older, rich white men had all the money and power. Their policies are self-serving and elitist, and they'd love nothing more than to strip you of everything that government provides you, your family, your parents. And if they win on November 2nd, that's what they'll immediately start doing.

The truth is, while the economy still struggles, it is without question much better than it was when Obama took office. Gross domestic output (GDP) has grown from -6% to +3%, a nine point swing. We went from losing 750,000 jobs per month to now experiencing seven straight months of private sector job growth. We went from having Wall Street, banking, hotel, airline, retail, housing and the automotive industries on the precipice of bankruptcy to now experiencing solid recovery and, in some sectors, record growth and profits. Credit, previously frozen, now flows again to business and consumer borrowers alike.

The policies of President Obama and the Democrats have worked. Now is not the time to toss out the guys who kept America from another Great Depression and hand the controls back to those who sent it there. You must remember the nearly unprecedented financial crisis Obama inherited in January 2009, and the solid economic progress that's been made since. While we still have a long ways to go in this recovery, we can just as easily, and quickly, sink right back into that abyss. A place where only the rich, the corporate fatcats and the special interests benefit. And that's exactly what will happen if you allow your frustration and anger to result in Republicans winning control of Congress next week.

So this is your choice, Democrats. You can take your anger out on your own party or you can take it out by supporting your party and keeping from power those who seek to harm you. Yes, it's a lesser of two evils choice, but a choice nonetheless, and one you must make. The stakes are way too high not to. Don't do what the Ralph Nader-ites did in 2000 when they cast their protest vote against Al Gore and in doing so rolled out the Red Carpet for eight years of George Bush, Dick Cheney and Karl Rove tyranny. No, the way to protest is to vote against those who threaten your own interests, not those who seek to protect them, however frustratingly slow that may be taking.

Your party and your leaders are like family. You don't always like them, and you don't always agree with what they say, what they decide, or how long it takes them to deliver. But you always support them. And that's what you must do next Tuesday. Give President Obama and the Democratic Party the chance to continue re-building America for you and your families. You cannot stay home on Tuesday. You must get out and vote, and tell everyone you know to do so as well. The consequences of not doing so will be devastating.
Posted by The Ostroy Report at 8:32 AM

Andy so well said it takes my breath away . Thank you
Steve

To be honest, if folks don't see this as an important election, they are living in denial. You can kiss all our goals goodbye if the repubs gain the House (which the media already has them taking over).

When folks see what it will mean with Boner as the Speaker, it will be too late.

Get ready for:
Government shut down
Endless investigations
End of Social Security
End of Medicare
End of minimum wage
End of funding for the Health Care Reform Bill (even though parts are very popular)
Impeach Obama

They plan on doing to Obama what they did to Clinton.

There's really no more I can say. If you don't get it, you have not been paying attention.

Very well said! I believe there is a Buddhist saying about anger that compares it to grasping a hot coal with the intent of throwing it at someone else; however it is you who gets burned.