David Brooks is Wrong About the Penn State Rape 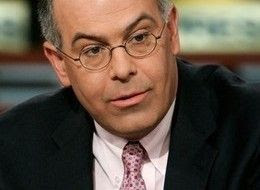 I have to take great issue with today's New York Times op-ed column by David Brooks. Titled Let's All Feel Superior, Brooks addresses the alleged Penn State rape of a 10-year-old boy by Jerry Sandusky, and the failure by assistant coach Mike McQueary, who witnessed this heinous act in the locker room shower in 2002, to intervene on the spot. His main supposition is that none of us truly knows what we would do in that very same situation until we're in "McQueary's shoes," and that it's easy for us to judge and condemn others when we might actually behave in the same manner.

Brooks calls this lack of action "Motivated Blindness," which he defines as "they don't see what is not in their interest to see." He then goes on to cite cases, such as the infamous Kitty Genovese murder in Queens, NY in 1964, where bystanders watched silently and did nothing as victims were beaten and killed. But what Brooks is doing here is not only over-intellectualizing McQueary's shameful behavior, but making broad and unfounded generalizations about society overall.

Contrary to Brooks' bizarre semi-excusing of McQueary's inaction, I suspect there are very, very few people who would witness a young boy of ten getting anally raped and not be compelled to immediately intervene, even with physical force. Speaking for myself, and as someone with four children, I am 1000% certain of what I would've done in that locker room. And there are few things in this world that I am as certain about. My reaction would've been visceral and swift. Without thought. Without thinking of any personal consequences or safety concerns. I would've ripped into Sandusky with everything I had and would've then attempted to detain him until police arrived. And I can't imagine any other decent, compassionate, caring human being acting differently. I simply cannot fathom anyone seeing this brutal act of savagery on a child and walking away, leaving a monster to continue his incomprehensible attack.

Sorry Brooks, I think your Motivated Blindness Club has very, very few members.
Posted by The Ostroy Report at 8:14 AM

Sorry but David Brooks is an arrogant, elitist, ass and he just proved it, so what did you expect?
To turn aside from the severe impact on the physical & emotional health of these innocent children being so violated,& the ensuing silent cover-up, is appalling. And all it elicits from Mr. Brooks is "motivated blindness"? Where is his outrage? Listening to Sandusky's disgusting denials, claiming innocence, is enough to sicken even the strongest stomach, but not enough to stir Brooks sense of moral decency. Maybe he might behave in the same manner & could walk away, and one can only wonder where he is coming from.
On another note, it is commendable that Penn State is doing all it can to ferret out & identify the students involved in the disgraceful riotous support of Paterno etal. They are morons and have abbrogated their privilege to attend college. They shamed & humiliated their school and should be expelled, financial aid cut off, loans called in, sent back to Planet Earth to live with their parents, get a job and start to pay back.