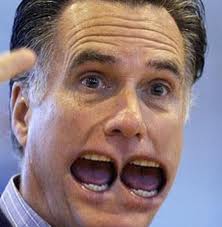 First it was the assault on facts. Then came fact-checker-bashing followed by the vast left-wing poll conspiracy. And now the Republican War on Reality has opened another front: the U.S. Labor Department and its monthly employment statistics.

Moments after the September jobs report was released Friday morning, which showed 114,000 jobs created, unemployment dipping below 8% for the first time in almost four years and an increase in average hourly wages, the right-wing fact-attack was in full delusional gear.

MSNBC's Joe Scarborough, in the same breath that he said he was totally ill-equipped to understand and properly assess the numbers, boldly declared "they just don't make any sense."

That's right, conservatives, you've deftly cracked the case! That highly partisan Labor Department, together with that crafty President Obama, hatched the following brilliant scheme to get him re-elected: consistently put out really sucky employment numbers for four years, make Obama look totally inept as he relentlessly gets pummeled by the right, only to come in stealth-like a month before the election with a whopping 114,000 jobs created and a breathtaking drop of .03% in the unemployment rate to a near-invisible 7.8%. The ultimate fake out! Pure genius! If these numbers don't spell landslide I don't know what does.

And the Republican presidential candidate himself, Mitt "Chicken Little" Romney, while not stooping to the low of accusing the Labor Department of foul play, couldn't pass up the opportunity to be the nattering nabob of negativity:

"This is not what a real recovery looks like.... If I’m elected, we will have a real recovery with pro-growth policies that will create 12 million new jobs and rising incomes for everyone." 'And a chicken in every pot! Policies so incredible I'd have to kill ya if I told ya the specifics...'

Romney, the man who'd love to serve up Big Bird at the local Chick-fil-A, and fresh from his Oscar-worthy performance Wednesday night in "The Many Faces of Mitt," is apparently banking on Americans thumbing their collective noses at true, evident economic progress while buying into his "The Sky is Falling" politically-expedient rhetoric. Days from now, when the new polls show his debate bounce was as buoyant as Rush Limbaugh's gut, I'm sure we'll see another round of Etch-a-Sketchin' from the man who Rick Santorum so aptly accused of having no core.
Posted by The Ostroy Report at 7:30 AM

When Obama took office four years ago, unemployment peaked at over 10%. Now it's under 8%. Four more years and it will be six percent. What about that trend don't you get, GOPers?

Shouldn't that be "and roadkill in every pot"?