Will We Hear THIS Speech From Moderate Mitt Before Tuesday? 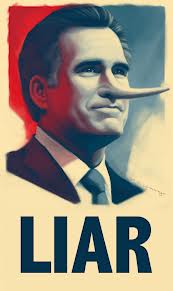 The presidential election is Tuesday, giving Mitt Romney just four more days to convince voters that he actually has a core. That's no easy task given that he's been changing his positions as often as I change my socks.  Case in point: in the past week the formerly "severely conservative" Romney, in an effort to appear much less so, has unleashed Uber-Moderate Mitt, who’s shifted so far to the left he makes Barney Frank appear like a Tea Partier.

For example, by embracing FEMA, teachers, single-mothers and bi-partisanship ("Democrats love America too!"), it's impossible to predict what could come out of his fork-tongued, co-opting mouth next. Perhaps, in the final hours of the campaign, as he gets even more desperate, we'll hear the following stump speech:

“Hello Florida! I love Jews! No, I mean that, seriously! I really love you guys! So much so that just this week I got a circumcision. That’s right, I lopped off a sizable chuck of my adult penis for you…and I’ll tell ya, I didn’t have much to start with! That’s the kind of president I’ll be….one who sacrifices his foreskin for Israel!

“And I love Rosie O’Donnell! She’s my favorite lesbian! And I love Susan Sarandon, Sean Penn and Alec Baldwin too. Why, just yesterday Ann and I were singing Kumbaya on the bus and we were saying how much we’d love to have those groovy liberals over to one of our homes for dinner sometime. But this election isn’t about hot lesbians…it’s about hot single mothers! (insert awkward Romney laugh). Hey, I’m kidding! It’s about the economy, and jobs and getting America back on track.

We’ve got to help the crack ho’s, the gang-bangers, the unemployed and those who don’t pay any taxes yet deserve the widest government safety net we can provide.  And it’s time our government starts paying for abortions! That’s right…I love abortion so much I’ve basically aborted every single position I’ve ever had. I want to merge Planned Parenthood with FEMA and the EPA and double its budget.

“And let’s get something straight: I love homos too! I love show tunes, flashy clothes and Tim Gunn. And I promise you this: if Ann and I ever divorce I’m goin ‘ gay! Me and my new little streamlined penis will tear up West Hollywood like Liberace on a drunken binge!

“Now let me talk foreign policy for a second. I’m not sure who this Ben Ghazi guy is, but we need to stop talking about him and start strengthening our armed forces. We need more cannons! In 1917 we had 2000 cannons and now we have none. And we need more horses. Have you seen ”War Horse?” Love that show. And we need to start talking with Iran. Maybe have Ahmadinejad over with Baldwin and those guys and smoke some weed. Loosen him up a bit.

“Lastly, I want to talk to you old folks about Medicare. You’ve got nothing to worry about. If my running mate Paul Ryan mentions his voucher program again I’ll smack him upside his head. That’s a black expression! (insert awkward Romney laugh). I love black people! Repeal Obamacare? Gosh, heck no!  I’m gonna expand that sucker! Lower the eligibility age. Increase the benefits. Think of me as Mitt Medicare!

“So please go out and vote…and vote for me! Because I’ll give you everything you ever wanted and make all your dreams come true. Just don’t hold me to it because I may need to change positions again…”
Posted by The Ostroy Report at 8:07 AM