Is Trump's Campaign the Altamont of Politics? 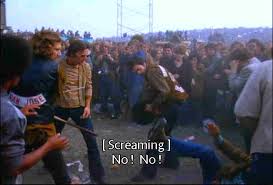 It was 1967. The Summer of Love. A defining moment in America's social history which symbolized the hippie counterculture movement. Over 100,000 young people descended upon San Francisco's Haight-Ashbury district amid free love, awesome music and lots of hallucinogenic drugs. Just two years later the euphoria came crashing down just a few miles East at the Rollings Stones' free concert at the Altamont Speedway.

"Altamont became, whether fairly or not, a symbol for the death of the Woodstock Nation," music critic Robert Christgau wrote in 1972. 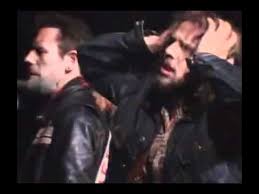 What makes the phenomenon of Altamont fascinating 50 years later are the chilling parallels between the tragedy of that night and the tenor of the typical Donald Trump rally. Of most concern is that the 2016 political era will end in the same tragic manner.

While there may not be any hot-headed pool-cue-swinging Hells Angels at Trump's hate-fests, the overall mood is the same. There's the same palpable sense of imminent danger. Trump's playing with fire the same way Jagger had. The rocker thought it'd be cool to have the renegade bikers at his service, much in the same way the race-baiting billionaire thinks it's "exciting" to arouse the ire of his angry, white, blue-collar "fans," some of whom believe that a difference in political opinion is grounds for a beating. But as Jagger soon found out, the adrenaline rush of hangin' with the bad boys quickly turns to shock and horror the nanosecond someone takes the commitment too far.

As the primary season shifts into its third act, let's hope the name "Trump" doesn't become synonymous with "Altamont," symbolizing the violent, tragic end to the historic 2016 Republican clown show.
Posted by The Ostroy Report at 8:16 AM

I'm not defending the Hell's Angels overall behavior at Altamont, but the idea that the stabbing death of Meredith Hunter was "unprovoked brutality" is simply wrong. The guy was crazed and waving a gun around when he got stabbed.