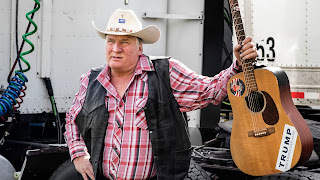 Kraig Moss is not your typical Donald Trump supporter. The grieving father of a 24-year-old son, Rob, who died of a heroin overdose in 2014, Moss became known last year as “The Trump Troubadour,” traveling to 45 campaign rallies where he played guitar, sang songs and held out hope that the Republican nominee would win the election and fulfill his promise to create programs to combat the nation’s drug epidemic and help the young people whose lives it’s been swallowing up in record numbers.

Unfortunately, Moss gave Trump his heart, and the 45th president of the United States broke it.

The love affair began at a Jan. 15, 2016 rally in Urbandale, Iowa. Trump, directing his comments at Moss, said:

“The biggest thing we can do in honor of your son ... we have to be able to stop it. I know what you went through.” He told his supporters, “And he’s a great father. I can see it. And your son is proud of you.”

But what ultimately changed for Moss was his disappointment with Trump’s American Health Care Act, the GOP’s replacement for the Affordable Care Act, known as Obamacare, which was presented to the public last month but failed to win support as part of Trump’s repeal and replace effort. What Moss and others like him were expecting failed to materialize. Of most concern was the GOP’s plan to drop the mandate that Medicaid cover basic mental health and addiction services for an estimated 1.3 million people in states where Medicaid was expanded under Obamacare.

It was a devastating broken promise that struck way too close to home for the construction business owner who had sold his equipment and stopped his mortgage payments to fund his Trump travels.

“From the rally in Urbandale when he spoke to me directly I was convinced Mr. Trump was the candidate for me,” said Moss. “I believed every word Trump said during his campaign, same as millions of other supporters, when he said he’d ‘make America great again.’ It wasn’t until I saw his proposed health care bill and read reports on it’s inclusions that I realized it was nothing like the bill he promised, including lower deductibles, less overall cost and better coverage. And, provisions for substance-abuse and treatment. This was the first indication he had lied.”

The genius of Trump is that he succeeding in pulling folks like Moss into his political orbit, many to the point of brainwashing. People who, prior to 2016, were not just apolitical but apathetic, disenfranchised and feeling helpless. They held the general belief that all politicians are the same (i.e. self-serving liars) and that their vote doesn’t matter. Trump masterfully exploited and manipulated this indifference and anger through inflammatory, often racially-charged rhetoric and convinced them their vote does matter. His victory proved it.

“I’ve never voted before,” said Moss. “Never registered and never voted. Since my son died I had done nothing. Only worked enough to get by. Stayed at home and did not socialize, only to play a concert for the Rob Moss Heroin Awareness Tour. When I heard of Trump’s desire to stop or slow down the flow of drugs into this country I started listening more to what he had to say.”

Trump’s supporters are typically drawn to his charm, celebrity and outsider bluster, but for Moss his interest in the campaign was singular.

“In my mind, Mr. Trump was the answer to help the heroin epidemic in this country.” 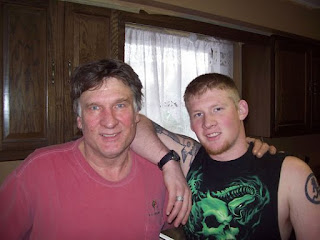 And like many Trump supporters, Moss held his nose and overlooked much of what the candidate stood for that he did not agree with, including his attacks on the media; his mocking of a disabled reporter; that women should be “punished” for abortions; his proposed Muslim ban; and his plan to deport millions of undocumented immigrants.

“I absolutely wished Mr. Trump would revisit his deportation plan and provide amnesty to those immigrants who are in this country for a long time and have not committed a crime, and say “Welcome To Our Country.”

But despite his being lied to over an incredibly personal issue, Moss is not yet ready to claim buyer’s remorse.

“If you ask me am I disappointed I voted for President Trump I say ‘no.’ I didn’t care for Hillary’s platform. There are however, 100’s of thousands of supporters who feel as I do...not happy with his actions so far but not wishing we voted for Hillary.”

But Moss says he would not vote for Trump again.

“The more I think about what Trump tried to do I drift further away. The more he changes his position on China, Mexico and who’s paying for the wall...changing statements and game plans overnight...he’s just a politician con that is commander-in-chief.”

And give Trump time with the rest of his MAGA crowd. It’s not quite 100 days into his nascent presidency and he’s already turning off formerly loyal supporters like Moss. So it’s not hard to fathom that a year, two or four from now millions like him could fully jump off the Trump train.

A fascinating aspect of this abandonment, and it’s potential impact on a Trump 2020 re-election campaign, is that many former diehard Trump supporters like Moss share a passion for progressives Sen. Bernie Sanders (VT) and Sen. Elizabeth Warren (MA), a strange phenomenon because these politicians couldn’t be further in their ideology and positions from Trump.

“I have tried to have people take a good listen to Elizabeth Warren because she gets it (health care),” Moss explained. “I was also attracted to Bernie’s health care ideas but with the “socialism” label everyone gave him I didn’t give him thought. But I think he got a raw deal from the Democratic Party. He didn’t have a chance.”

It’s understandable how politicians like Sanders and Warren could, on the surface, appeal to Trump voters. All three are unconventional outspoken firebrands who aren’t afraid to attack the mainstream. Their populist messaging is similar and resonates with working-class Americans; the ‘forgotten middle-class.’ But the rich vs. poor theme is where the similarities end. What Trump and the Republican Party stand for goes against every core belief of progressives and democrats on critical subjects including women’s reproductive rights, LGBTQ rights, civil/human rights, health care, education, the environment, immigration, taxes and foreign policy. Which is why it’s puzzling to hear anyone who voted for Trump claim, as many did after the election, that ‘I would’ve voted for Bernie had he been the Democratic nominee.’

Whether or not these folks would actually pull the lever for a progressive or a ‘democratic socialist’ in 2020 remains to be seen.

And what about Moss? Does he have any idea who, if anyone, he might vote for in 2020?

“Whoever I support I will do so as passionately as I did for Trump... with my son Rob riding by my side every step of the way.”

And, he reminds us, “I like Bernie Sanders and I love Elizabeth Warren.”

Those are powerful words that could spell disaster for Trump.

Posted by The Ostroy Report at 7:44 PM