I Lost My Wife Too, Patton Oswalt 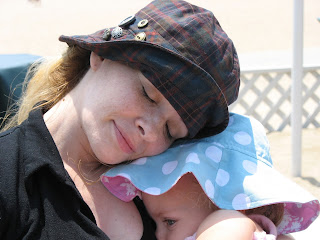 3901 days, 15 hours and 10 minutes ago I found my wife, the actor and filmmaker Adrienne Shelly (WAITRESS), dead in her office. Murdered. Her killer staged it to appear as a suicide. She was 40. Young, beautiful, vibrant and the love of my life. She had so much to live for, yet was so easily, senselessly and violently yanked from the world, from me and from the toddler daughter she adored. Adrienne’s death left me devastated, heartbroken and unable to fathom a future without her.

In April of 2016 the actor and comedian Patton Oswalt dropped off his 7-year-old daughter Alice at school, picked up coffee and went home. He immediately discovered that his wife, crime writer Michelle McNamara, 46, had died in her sleep. He emotionally described his tragic ordeal in a moving New York Times story last October.

Fifteen months later, Oswalt is now the target of ridicule and harsh criticism after he announced his engagement to actor Meredith Salenger. Because it’s “too soon.” Because he’s still grieving. Because it can’t be real love. Because people are cruel and judgmental. And because many of them are inherently miserable and would rather see this dude drown in his fucking sorrow than be happy again. And misery loves company, right?

I remember missing Adrienne so much and craving the scent, touch, closeness of a woman. I missed her incredible brain, her ferocious wit and humor, and her intense love for me. But I also missed her body. Her skin. I was so distraught, broken and frightened. Empty. Alone. I just wanted to be held. To be comforted. And so I fell into the nurturing arms of a couple of understanding, compassionate women very soon after Adrienne was gone. While they couldn’t fulfill the deep emotional crater that had swallowed me, they did have bodies. And skin. And they could hold me. And for a moment make me feel good. And safe. And could let me drift and forget that a nuke had been dropped on my world.

Those early times spent with other women didn’t mean that I wasn’t grief-struck. Didn’t mean I didn’t love Adrienne. The truth is, I traversed the Earth in a coma. I was lucky I could put one foot in front of the other and simply walk. These women filled a primal need. Kept me from sinking further into the abyss. I had a daughter to take care of. And I had to take care of me. And so I was with them, unapologetically. My life. My horror. My decisions.

From those early physical involvements to removing my wedding ring to subsequently dating to eventually meeting someone and falling in love again, it all happened on my timeline. I didn’t give a shit what the peanut gallery thought. Why should I? Were they with me on the closet floor curled in a fetal position as I cried my eyes out? Were they helping me understand the cruelty in being the happiest schmuck on the planet one minute and a lifeless zombie the next? Were they raising Sophie with me? Did they share in any of the responsibility, the work, of putting this shit show back on track?

Oswalt’s wife is dead. My wife is dead. And ya know what? Only we have a say in what we do and when we do it. No one else gets a vote. Until you excitedly rush to see your wife or husband and find them dead instead, spare us your judgement and wisdom. Our pain and sorrow never goes away. And when it does subside, even temporarily, we just grieve all over again the minute we see our motherless children.

So please just fucking leave Patton Oswalt alone. Be happy for him. He’s a survivor.

Posted by The Ostroy Report at 1:43 PM