What Does Post-Presidency Look Like for George Bush? Will Anyone Actually Pay this Nitwit to Speak? 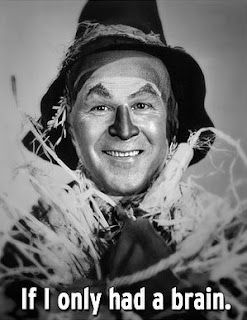 Normally when a president exits the White House for the very last time they soon embark on a lucrative speaking career. Corporations both here and abroad pay very hefty fees to hear the proverbial wit and wisdom of our former leaders once they've moved on to greener pastures (pun intended). Bill Clinton, one of the most brilliant politicians ever, commands upwards of $250,000-$350,000 per speech. His predecessor, George H.W. Bush, as much as $150,000 per. In fact, Clinton has grossed about $40-million in the past six years.

Which brings us to George W. Bush, the current occupant of the White House, who has fifteen months to go before he hits the lecture circuit. Bush is anxiously awaiting the day when he can "replenish the ol’ coffers," as he put it in Robert Draper’s Bush-presidency book "Dead Certain."

“I don’t know what my dad gets, but it’s more than 50, 75 thousand dollars a speech. Clinton’s making a lot of money."

That's right, George. Clinton does make a lot of dough. That doesn't mean you're going to. I mean, honestly folks, who in their right mind would pay good money to hear him speak? He could care less about the issues on a micro level; he's extremely limited and has the curiosity and attention-span of a 10-year-old; is narrow-minded; and can't string two intelligent, coherent sentences together without the bail-out of a TelePrompTer. Just what the heck would he speak about anyway? His successful military strategy? His deft handling of matters economic...like how to balance a budget and minimize debt? How to win friends and influence people through skillful diplomacy? How to attract the best and brightest and most ethical staff? If it wasn't so pathetic it'd be funny.

Perhaps some far away land like Dubai or Sri Lanka might someday need some lessons in clearing brush, in which case George is their boy. And probably at a cool $5K per....

http://www.apple.com/trailers/fox_searchlight/waitress/trailer/
Posted by The Ostroy Report at 12:16 AM

The term "democrat" originated as an epithet and referred to 'one who panders to the crude and mindless whims of the masses'.

It's great to see that today, the term "democrat" still refers to 'one who panders to the crude and mindless whims of the masses'.

I never voted for George W. Bush and believe he is the worst presidency in my lifetime (63 years). But he is a lot smarter than Andy gives him credit for being. He has left behind him a trail of opponents who believed he is a dumb operator. He does not have the intellectual girth of some previous presidents, but he is not dumb.

Oh, come on. He will get invitations to speak. He has great entertainment value. He'll leave them rolling in the aisles.

Bush and Pickles will be living comfortably on their 100,000 acre ranch in Paraguay.

They will host retired Nazis and former dictators who make lives for themselves in the South American nation that provides their ilk safe harbor.

Water always finds its own level.

It doesn't even matter whether Bush is 'stupid', because his mental-emotional illness, and possibly brain damage, makes it impossible for him to 'think'. He cannot reason, except in Manichean terms so simple that a small child could outwit him.

Bush is very, very skilled at leaving a trail of destruction behind him, but this is mere habit fueled by a consuming malevolence.

Those guys who got out of prison because of Nixon were hired-the Right looks after its own:he'll speak at various college repub places, at the American Enterprise Inst., at a Wall Street Journal sponsored event, he'll have various book deals from several right-affiliated book publishers, specials on abc/Disney(poor Walt). I'm not even mentioning the various overseas groups, the same ones who had Bush Sr. speak for them.

His recent remark about giving speeches after his presidency to get income was a laugh. The war has enriched him and his oil buddies.

Maher was right: Is Hillary fit to be president if she was fooled by Bush? If he's so dumb what does that say about the IQs of the large number of people in power and the rest of the population that he fooled and continues to do so? Why does he win all his battles with Congress?

Actually, I believe the hosting and terrorists and dictators is already Jimmy Carter's role in the world. Jimmy has never met a dictator he didn't like/appease.

BTW, Now is probably a good time to thank Jimmy Carter for giving birth to the "Death to America" chant that is so common in the middle east.

Democrats can't stand up to MoveOn.org nor the state of Florida. How are they supposed to stand up to terrorists that want to kill us?

they will pay him to stay away

I think Bush will indeed get offers to speak and will be able to earn some money from his efforts. The organizations which will pay him handsomely will be those he's played to his entire presidency: the NRA, anti-abortionists, right-wing religious zealots, xenophobes, arms dealers, and, in general, anyone who wants to turn the societal clock back 75 years. He's pandered to those groups so much and has been their lapdog so often instead of trying to reach out to his opponents and build any consensus. I'm certain his friends will keep him well in his dotage.

These articles are fantastic; the information you show us is interesting for everybody and is really good written. It’s just great!! Do you want to know something more? Read it...:Great investment opportunity in jaco bay, jaco beach, jaco beach costa rica, Visit us for more info at: http://www.jaco-bay.com/

What do you have to say about Hillary voting AGAIN to give "the nitwit" power to declare war thus bypassing the Constitutional requirement that Congress declare war, not the President?

I recommend east site because I consider it very interesting. It offers specifications on real estate properties. It is very simple to know on the image and the culture Costa Rica and mainly to know the height important that it has east country with respect to the investments in real estate related to the tourism.
Definitively he will be very useful for you