Madoff and "Sully" Sullenberger: Paradoxical Symbols of the Past and the Future 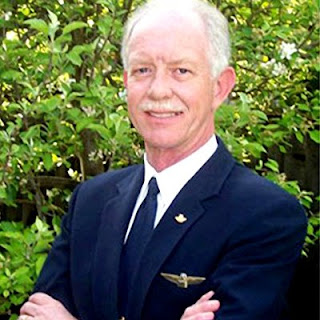 It's being called The Miracle on the Hudson. A commercial jet with 155 passengers lands in the middle of the Hudson River after allegedly hitting a flock of geese, sucking them into and destroying both engines. Incredibly, the plane remains intact, everyone aboard survives, and its heroic captain, Chesley B. "Sully" Sullenberger III, is hailed for his selflessness, and for being the most calm, cool and collected dude since Sean Connery's James Bond.

But the events that transpired in the frigid waters off Manhattan last week transcend more than just a near-tragedy. They've come to represent the greater paradoxical symbolism of disgraced financial Ponzi-schemer Bernie Madoff and our wretched past, with that of the new American Idol Sullenberger, and the brighter future that lies ahead. The fairy-tale saga of US Airways Flight 1549 is about how one crisis-plagued year ended an era of unprecedented selfishness, corruption and greed, with President Bush and Madoff leading the way, while a new year and a new dawn begins with change, hope and heroism, ushered in by Sully and President-elect Barack Obama. Call it fate, kismet, or any other New Age-y tag you prefer, but there's some sort of higher power at work here. And Sully's not just a courageous pilot who brilliantly saved his passengers' lives. He's the new poster-child for everything that's good about America. About what America stands for. And what our great nation can be when led by men and women of honor, integrity and valor. Yes, America is about the Sully's, not the Madoff's.

Since 2001 when Bush & Company took control of America's political system, the nation's been plagued by a debilitating disease. A crisis of confidence both at home and abroad. The U.S., under the Busheviks, became morally, ethically, politically and financially bankrupt. And in what seemed like a most fitting end to this miserable chapter in our history, Madoff bid us adieu with his unfathomable $50-billion Wall Street crime of the century.

And then along came Sully, who biblically glided onto the Hudson like a religious superhero who's charges seemingly walked on water as they defied death. Who will ever forget the imagery of that comatose plane floating so peacefully on the fatefully tranquil Hudson while its freezing, frightened passengers stood on its outstretched arms-like wings as they awaited their rescue. To be sure, this was so much more than just a heroic pilot and a disabled jet avoiding disaster. The whole miraculous episode serves as a metaphor for the hope and change we'll be celebrating Monday on Dr. Martin Luther King's birthday, and the dream he had for America, as well as the historic Obama inauguration the following day, and the long-overdue realization of King's dream that his ascent to the presidency symbolizes.
Posted by The Ostroy Report at 11:23 AM

Investors take note: The Dow was 10,587 when Bush took office, it was 8,281 when he left. That's over a 20% loss. If you add back the paltry dividends but than add in the inflation over that time... well.. you get the picture.

This is increase the statistical record favoring Democrats vs GOP in stock market history even more.

Can we please stop calling this "a miracle?" It was a lifetime of careful preparation and professionalism that saved all those people, not divine intervention.