Why a National $15/Hour Minimum Wage Makes No Sense 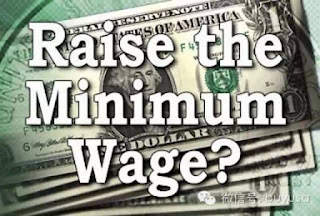 The minimum wage earned by most Americans is shamefully low, varies by state, and is in desperate need of increasing. It currently (as of January 1, 2016) ranges from $5.15 in Georgia and Wyoming to $10.50 in Washington, DC.  Many states have already passed legislation that would raise the rate to $15/hour over the next several years. But the politicizing of this issue is both misguided and disingenuous. Calls for a national $15/hour minimum wage simply make no sense.

To be sure, in the current hotly contested presidential election year this is a very sexy issue that generates a lot of noise, in particular from Democrats Bernie Sanders and Hillary Clinton who are engaged in a back and forth about how much is enough. Sanders promises $15, while Clinton believes the issue is nuanced and seeks at least $12, an amount which has brought her much criticism from her opponent. Donald Trump, the Republican presumptive nominee, has added to the rhetoric as well, merely saying the rate should be "looked at" but has not yet committed to what that means in terms of actual dollars.

From a purely logical business perspective, Clinton is correct. Oversimplifying the minimum wage debate is both politically expedient and irresponsible. Consider the fact that the cost of living varies tremendously from state to state. Let's use Tulsa, OK and Smithtown, LI as examples. The average rent in Tulsa is $720 vs $2550 in Smithtown.  A gallon of gas costs $1.82 in Tulsa vs $2.33 in Smithtown. A dozen eggs in Tulsa is $2.25 vs $3.00 in Smithtown. Isn't it therefore fair and reasonable to suggest that the hourly worker on Long Island might be justified in receiving a higher wage than his or her counterpart in Tulsa? Should they truly be earning the same hourly rate despite having such disparate expenses?

Similarly, isn't it logical to assume that businesses in Tulsa have a much lower overall cost structure than businesses on Long Island? They pay less for rent, utilities, transportation, supplies and staffing, and also have a lower cost-of-goods-sold, lower prices and lower profit margins. In which case they can't afford to pay the same higher hourly rates as the businesses on Long Island that, while paying higher costs, can also charge more and have higher gross incomes to support the higher cost structure.

Which brings us back to Clinton's point that this is a highly nuanced issue that requires thorough analysis and sensible legislation, not people-pleasing talking points. Sanders' call for a universal $15/hour wage makes about as much financial sense as his call for free college tuition for all without means-testing to ensure that only the children of the truly economically disadvantaged benefit from it rather than children of privilege. Both proposals are little more than red-meat rhetoric to the "Democratic Socialist's" base.

Yes, the minimum wage must be raised. But it needs to be done in an intelligent, practical manner taking varying state-to-state economic factors into consideration.
Posted by The Ostroy Report at 9:28 PM