Have We Finally Reached the Trump Tipping Point? 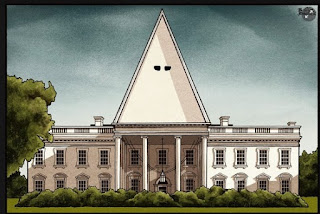 So now we have Donald Trump equating Nazis with those who fight against them. Apparently Trump never got the memo that it’s never, ever ok to defend Nazis. Never. Ever. Under no circumstances. There’s simply no justification. Ever. Period. It’s political suicide. But will it be with Trump? Can the teflon president, who’s so far survived just about every political sin imaginable, overcome what will surely go down as the most bizarre, erratic, outlandish, un-American press conference in history?

Just days following the deadly violence in Charlottesville, Trump took to a podium at Trump Tower to discuss infrastructure. But when he took reporters’ questions, they pounced, asking why it took two days for him single out neo-Nazis, the KKK and white supremacists while pressing him to explain his seeming defense of these hate groups and the moral equivalency he’s created between them and the anti-fascists protesting them.

For about the next 15 minutes Trump went off the rails. We got to see the real Trump, not the duplicitous, tone-deaf, empathy-bankrupt huckster who on Monday, without any emotion or sincerity whatsoever, read a revised version of his controversial anti-racism statement. The Racist-in-Chief, who failed to specifically mention white supremacists in his comments Saturday, did so under massive pressure two days later, only to dial it all back Tuesday, blatantly doubling-down on his “many sides” equivocation.

Perhaps “nobody wants to say that” because it’s an incomprehensibly ignorant, unconscionable comparison. Yes, there was violence on both sides. But Trump apparently has forgotten that America violently fought the Nazis during WWII. That American soldiers took up arms and bravely defended Democracy and freedom against these genocidal maniacs who posed a grave threat to world order. Did they die in vain? Did they give their lives only to have a U.S. president 70 years later turn the White House into the Reich House?

Let’s be clear: this was a rally organized by white supremacists who came draped in shields, helmets and brandishing weapons. Only one “side” marched in the streets carrying lit torches while angrily chanting racist, anti-Semitic Nazi slogans (i.e. ”blood and soil” and “Jews will not replace us”). Only one “side” of cowardly mobs were beating black men. And only one “side” heaped praise on Trump following his Nazi-enabling comments.

And in an unprecedented display of either denial, duplicity and/or political expediency, Trump added “You also had some very fine people on both sides.”

Sorry. There are no “very fine” Nazis. No “very fine” white supremacists. No “very fine” KKK members. They belong to hate groups who who seek to annihilate Jews, gays and people of color. There’s no ambiguity. No equivocating. No moral equivalencies. That the United States president believes there is proves yet again that he is unfit for the job.

Key questions loom larger than ever: Will House Speaker Paul Ryan and Senate Majority Leader Mitch McConnell ever act to remove Trump from office? Will vice president Mike Pence and Trump’s cabinet ever agree to invoke the 25th Amendment? Are they all hoping special prosecutor Robert Mueller ends up doing their dirty work for them? Will the public finally turn against him? Has Trump finally crossed an uncrossable line?