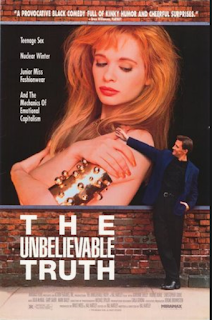 November 1st marks the eleven-year anniversary of the brutal murder of my wife, actor/director Adrienne Shelly. But long before she met her gruesome death she, like myriad women in the workplace, experienced blatant, rampant sexual harassment and abuse.

Over the past couple of weeks we’ve witnessed dozens of women come forward claiming sexual harassment, abuse or rape committed by disgraced movie mogul Harvey Weinstein. Weinstein has since been fired by the board of his company, dumped by his wife, has entered rehab and faces possible criminal charges. Before the Weinstein accusations surfaced there have been other recent high-profile sexual abuse scandals involving Bill Cosby and Fox News’ Roger Ailes, Bill O’Reilly and Eric Bolling, as well as those involving the United States president, Donald Trump.

To be sure, this sort of predatory sexual behavior has existed since the beginning of time, and is prevalent not just in Hollywood but on Wall Street, Main Street and Any Street. As long as there are men in positions of power, no matter what the industry, there will be women who are sexually harassed, abused and raped. The system protects, excuses and enables them.

Adrienne was not spared. She told me of a male-centric film set where the testosterone ran so high and the harassment and abuse so out of control that she was actually terrified to leave her trailer in abject fear of being verbally assaulted and mauled by groping hands. Incredulous, I asked her why she tolerated it. Why she didn’t tell anyone. She stared at me for a beat and plaintively said that there simply was no one to ‘complain’ to.

“The animals were in charge,” she said. “And if I spoke out no one would give a shit, nor would they do anything about it. Except I probably wouldn’t have worked again. So I locked myself in my trailer until it was time to shoot. And then I literally ran to set, fending off all sorts of catcalls and grabs along the way. I’d shoot my scene and then run back and hide. I was petrified."

Adrienne had also experienced aggressive pressure to pose nude for movie posters and promos, and had her own experience over this with Weinstein, whose Miramax company was a distributor on the 1989 Hal Hartley indie classic THE UNBELIEVABLE TRUTH, in which she starred when she was just 23. Weinstein and his staff, according to Hartley, were angered over Adrienne’s refusal to do what she felt was uncomfortable and inappropriate, as well as Hartley’s own refusal to add more sexually-explicit scenes to the film. The episode caused a lot of tears, frustration and fear, and was a rude awakening for Adrienne as she began her film career.

In the 2002 documentary SEARCHING FOR DEBRA WINGER, Adrienne recounted that while on her way to an audition her male agent called and told her it’s important that she be “fuckable.” Once there, the male producer immediately stared at her breasts. He seemed disinterested. The audition didn’t go well.

“There was no way I was gonna get this job ...because he didn’t like my tits,” she lamented.

I am outraged that decades later women are still subjected to the terror Adrienne felt. That they’re victims of sexual predators who feel entitled to assault their minds and bodies. Women need to feel safe. On the street, in a club, at work and everywhere else. And when they’re harassed and abused, they need to feel safe in coming forward. That their characters won’t be assailed. That they won’t be ostracized. Or shamed. That they won’t lose their jobs and be blackballed. And that they won’t be accused of “asking for it” because of the way they dress, as fashion mogul Donna Karen unfathomably suggested last week (I mean, seriously Donna, what...the...fuck?!).

The amount of #MeToo’s we’re now seeing across various social media platforms—from virtually every woman we know—is chilling and stunning in scale. As a society we need to get to a place where #NotMe becomes the norm instead.

It was in 2005 that I found you on the internet and made it a point to read your articles. They were always informative, honest and to the point. Then there was a period that you didn’t write any articles and I felt lost. Where were you and why the sudden stopping of your writing? Little did I know of the grief you were going through with the tragic loss of your dear Adrienne. I don’t know if you realize how much you are appreciated for your writings. I hope that you continue to speak the truth and wisdom. Sign me: A faithful reader from Largo, Florida