I Slept with Tiger Woods 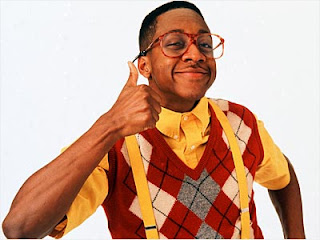 I slept with Tiger Woods. And I'm not ashamed to admit it. It was about to come out anyway, so I figured I'd make like David Letterman and get in front of the scandal and take control. America, I am the 18th hole. There, I've said it. And it feels damn good. I've remained silent these past 2 weeks as skank after cheap-perfume-smelling salacious skank has crawled out of the whorish woodwork to claim their piece of the world's greatest golfer as his once mighty career and wholesome persona have come crashing down like a house of ill-reputed cards. But I've kept quiet long enough.

Let's set the record straight on something: these tabloid bimbos are not the real secret in Tiger's closet. While everyone's supposed to believe it's lusty, busty dim-witted ho's that Tiger's addicted to, the truth is Woods (btw, could he have a more appropriate name right now?) would much rather share his 9-iron and golfer's balls with gray-haired 50-year-old Jewish guys. I'm living proof of that. The hot chicks with the 46" double D's? Nothing more than beards while he's out rippin' up Vegas with every Larry, Barry and Harry in town.

So now it's time to tell my story. And I don't want anything in return, except the truth to be known. I met "The Cheetah" at a "Family Matters" convention on a chilly Vegas night about a decade ago. We were both huge fans of Steve Urkel. I thought Urkel was very funny, and Tiger, well, I think we all know why he liked him. We were on line together to get a Jaleel White autograph, and simply started talking about the show and how much we identified with the uber-nerdy Urkel character (actually, I really didn't, but I pretended to so Tiger wouldn't feel self-conscious). We immediately hit it off and later went to dinner, and then he invited me to his hotel suite...which I thought a bit odd, but naively went along.

Our "affair" wasn't sexual. In fact, there was no sex at all, just some weird homo-eroticness on his part with a surprising naked rendition of "If you want to do the Steve Urkel dance, all you have to do is hitch up your pants, bend your knees, and stick out your pelvis...I'm telling you, baby, it's better than Elvis!" I know...pretty kinky. The whole affair lasted about an hour. And then I fell asleep. Literally. Out cold. On the bed. When I awoke, Woods' was sound asleep next to me. We were both fully clothed, but spooning (for the record, I was on the outside). After I shrieked a horrified John Candy-like "You see that Bears game last week!"..Woods replied "What a game! What a game! Bears gonna go all the way!" and we awkwardly jumped out of bed and quite hastily said our goodbyes. So yes America, I slept with Tiger Woods. And I have absolutely no regrets.
Posted by The Ostroy Report at 11:22 AM

Probably the best thing you've ever written.
Writing about celebrity trash is your calling.

lol
did you that Tiger Suffered from restless leg syndrome? (Yes, it's his third leg)