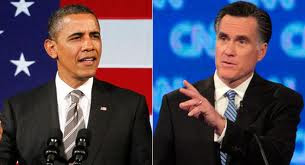 I've talked to a great many Democrats who are 100% convinced that President Barack Obama will be re-elected. They very intelligently, and almost to the point of arrogance, site electoral maps, the gender polls and the youth, black, Hispanic and senior votes. It all makes perfect sense. But these folks are in denial. Obama could be in serious trouble, especially if Friday's horrible employment report is a precursor of things to come.

While analysts expected at least 160,000 jobs created in May, the economy added just 69,000, while the unemployment rate ticked up to 8.2%. There was a significant downward revision in April's jobs number to 77,000 from the initial 115,000. That's three months in a row of tepid job growth. Lastly, labor force participation remains near 30-year lows; the unemployment rate that counts discouraged workers increased as well; and long-term unemployment also rose sharply. Not very good news for the administration.

Yes, Obama inherited a colossal mess from George W. Bush. And yes, the economy has pulled back from the precipice of disaster. And yes, there's been strong signs that the economy is in a sustained recovery. But Summer is right around the corner, and July and August have historically been challenging months, so there's little reason to expect that much will change. And right around the corner after that is the election. There's simply not a lot of time between now and November to expect a serious uptick in the economy's metrics. And that's precisely Obama's problem.

When it comes to voters, it's perception over reality. The key question is, will voters believe the economy has turned positive enough to keep Obama at the helm for four more years or will they believe that the economy's stalled and that it's time for change? He will need something positive to point to; a reason why voters should stick with him. The enthusiasm factor is critical. But with the kind of numbers we've been seeing these past few months it may be difficult for him to create excitement about another term. The fact is, no sitting president has been re-elected with unemployment as high as it is.

To my very confident fellow Democrats I say, be afraid. Be very, very afraid. I remind you of how certain you were in 2004 that, with a challenged economy and the nation fighting two wars, John Kerry would win and you were shell-shocked when he didn't. Be afraid that Mitt Romney could win. Do not discount the the power of his narrative: the fiscally conservative business guru who built Bain Capital, saved the Olympics, successfully governed the liberal state of Massachusetts and is just the guy to turn around America's economy. That most Democrats know he's a moderate in conservative's clothes--evidenced by his former positions on health care, gay rights and abortion--doesn't hurt. And, let's not forget he's white which, sadly, could be a huge factor this time around.
Posted by The Ostroy Report at 8:55 AM

Religious freedoms and the "gay agenda are on a crash course in America and this is a speeding train no mere earthly can stop.