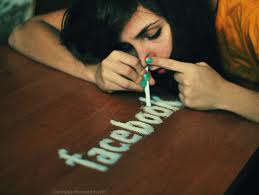 Three years and several hundred million users ago I wrote a critique of the #1 social networking site called "I Hate Facebook." Since then, my feelings about Facebook have not changed. In fact, I hate it even more.

Once again, I will, in the interest of full disclosure, cop to having two Facebook accounts.As a writer and political pundit I promote my blog, OstroyReport.com, and my pieces that appear on HuffingtonPost.com. Yes, shameless self-promotion. The other account is for brand awareness and communication for the non-profit I founded and run, the Adrienne Shelly Foundation, named after my late wife who was murdered in 2006. More promotion, yes, but I think that's Facebook's real value.

Facebook began in 2004 as a site for nerdy Harvard boys to check out the campus girls who offline wouldn't give them the time of day. Its popularity quickly spread across the country to other colleges and universities and then expanded into the mainstream worldwide. It now has over 900-million users. But getting inside the statistics reveals a company facing major hurdles:

-Half of its users have migrated to mobile devices, and Facebook has no clue how to monetize them
-Major advertisers like General Motors have pulled $10-million+ campaigns citing little or no return
-Growth has slowed precipitously; monthly unique U.S. visitors have been on the decline
-A recent Reuters/Ipsos Public Affairs survey showed that a third of users were spending less time on the website than six months ago, while just 20% were spending more. 80% never buy from an ad on the site; 1 in 3 users say they've grown bored of the site
-The threat of privacy legislation hangs like a dark cloud
-Teens are defecting to other, hipper social networking sites like Twitter and Tumblr (who the hell wants to be 'friends' with mom, dad and the grandparents?). It's losing its grasp on the critical 18-34 segment
-It's stock, valued at 100 times earnings, is down a third from its IPO last month

I won't go into the main reasons why I hate the site. You can read my original piece for that. But what I will say is the rampant narcissism that dominates Facebook now threatens to infect children under 13, as the company seeks ways to attract them, according to the Wall Street Journal.  Will we soon be subjected to endless photos of Mac n Cheese? Status updates of "Kaitlyn is cranky?" Will our little ones brag that they have 5000 friends? And will some of those friends be 50-year-old guys living in their mothers' basements? 'LittleFacebook' seems like a pedophile's dream come true.

Yeah, let's do away with playdates and playgrounds and just have the kiddies sitting at home sharing their every underdeveloped thought on Facebook. Just think of how it will also improve communication with their parents. "Mommy wishes Jack would clean his room," he'll see on his Facebook. "In a minute, mom," he'll reply. "We're so sorry you have to clean your room, you poor thing, we're here for you!" his 'friends' will comment.
Posted by The Ostroy Report at 7:07 AM