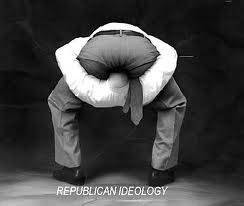 Since he took office, Republicans have accused President Obama of squandering the first year of his administration on health care reform instead of focusing like a laser on creating jobs and fixing the economy. And now Republicans are doing the exact same thing. When it comes to their intemperate ideology, they simply can't help themselves. And it will cost them the election.

Rather than fixate on the nation's economic challenges, offering voters a substantive alternative plan for getting America's employment and growth back on track, Mitt Romney, the GOP leadership and Republicans in both the House and Senate are making ObamaCare, Attorney General Eric Holder, immigration, abortion, contraception and gay marriage the campaign centerpieces of this election.

Where's the Republican jobs bill? Where's the Republican plan to stimulate economic growth? Where's the resolution on college loans, as interest rates are set to double July 1? They've got nothing. What they do have is a deep, intense hatred of Obama and that trumps the obligation of acting responsibly and with civility. As Senate Minority Leader Mitch McConnell infamously declared in 2010, "The single most important thing we want to achieve is for President Obama to be a one-term president." Their motivation has been crystal clear. Oh, they're focusing like a laser alright, but it hasn't been about what's best for America.

So I say, thank you, Republicans. Thank you for being unyieldingly stubborn, monumentally petty, manically obsessive, irrationally dogmatic, divisively partisan and, most of all, woefully transparent. See you in November.
Posted by The Ostroy Report at 7:42 AM