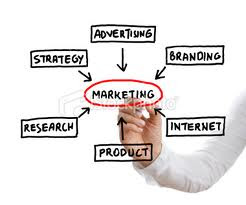 President Obama, if he's to boost his chances of winning re-election, needs to take off the gloves and start swinging. He's got five short months left, and statistics indicate that Americans will spend more time during the first part of this period worrying more about BBQ's and swimming than they will politics. Come Labor Day many will have already made up their charred-meat-filled minds.

Obama needs to do two things: prove he's the most qualified steward of the economy and shore up support among women. In both cases he must swiftly and deftly define Republicans as obstructionists who care more about defeating him than working earnestly to fix the economy, putting people to work and championing the rights of women. He needs to put the GOP's back to the wall so that he can more clearly and effectively draw distinctions during the campaign's 11th hour.

Obama needs to think like a brand marketer and act like a Republican. As such, he needs to immediately rename his Jobs Act the "Jobs Creation Bill." Sounds like a minor change? Hardly. One simple word will change the entire tenor of the debate. The president is being relentlessly attacked by the right for not creating jobs. While re-branding won't get House Speaker John Boehner, Whip Eric Cantor and Senate Minority Leader Mitch McConnell to act responsibly in America's best interest, it will afford Obama a killer soundbite: "How do they expect me to create jobs when they kill my Jobs Creation Bill?

Next, Republicans had their Defense of Marriage Act. Obama should put forth his Defense of Women Act, which would protect women from acts of violence, pay inequality, and reproductive intrusions. When defeated, Obama would have yet another killer soundbite: "Republicans voted against defending women."

And if he's successful in this effort he will, by default, appeal to the highly coveted independents as well.

It's the branding, stupid.
Posted by The Ostroy Report at 5:30 PM

Andy, please explain something to me.

For a while you have been posting that Obama is not getting a lot of white votes because he is black and you obviously feel that's a racist behavior.

Why have you not expressed a similar concern about the fact that upwards of 90% of blacks refuse to vote for Romney?

Very interesting article that you’ve posted. Found the views to be quite informative and intriguing and hope that Mr.Obama appreciate your advice. Thanks for sharing.

Anon 540: blacks won;t vote for Romney because what he stands for politically goes against everything they believe in. I suspect many whites who don;t vote for Obama won;t because he's black.