What is Mitt Romney's View of Government? 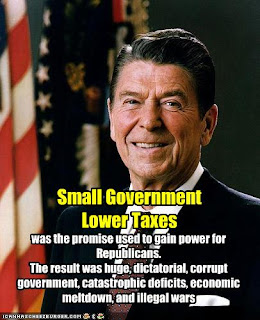 What do you think the political impact would be like for Mitt Romney if his central campaign narrative went something like this:

"Hello, I'm Mitt Romney, and I want to be your president. My father was head of an automobile company and was governor of Michigan. And that afforded me an incredible start in life. A start which gave me a Harvard education, an influential network and a powerful career in business. I am very grateful for that. But I realize that not everyone gets such a start in life. In fact, very, very few people do. Most Americans are not born into wealth and privilege. They have to work...sometimes two jobs or more...just to house and feed their children. For them, education and good health care are luxuries not a right of passage. And as president, I will fight to help those who've been less fortunate than the wealthiest Americans like me. It's time for America to take care of it's own..."

Just imagine the appeal of a Republican who demonstrated genuine compassion for the little guy. In the current climate, imagine Romney embracing his elite stature and using it to his advantage rather than sounding like the proverbial rich kid born on 3rd base who thinks he hit a triple. George W. Bush took a stab at "compassionate conservativism" but it was half-hearted and short-lived. Unfortunately, today's conservative politician seems to care as much about the poor, the sick, the elderly, the needy, education, immigrants and minorities as Kevin Durant would like to help Lebron James win his first NBA title.

Republicans rail against "big government" and any sort of assistance or program designed to help the 99%'ers. Which begs the question, just what is government for? I'd like to ask Romney what exactly he thinks government does? And who is supposed to benefit from it? Is there anything that government does that he believes is good? Is there any money that government spends on the poor and middle classes that he thinks is important? Does government have an obligation to help those who can't help themselves? Or is all government spending, save for Defense, wasteful? Is government designed to benefit only the rich? Does government exist solely to keep taxes low and regulations few...except when those regulations are intended to control women's bodies, who people marry and who they sleep with?

And job creation. Where would our economy be if President Obama hadn't injected $787 billion into it three years ago? Romney would like voters to believe that it is business, and in particular his brand of private equity experience, that creates jobs. But that's the furthest thing from the truth. Businesses exist for one reason: to create profit and wealth for its owners and investors. They do not exist to create jobs. Just the opposite, in fact. I'm sure many small business owners and corporate CEO's would readily admit that their ideal scenario is one where productivity and profit increases without having to hire additional staff. Which is exactly the problem with the employment landscape in post-recession America. Earnings are at record levels, and there's an estimated $2-trillion in cash sitting in corporate bank accounts. So why should businesses hire more people if they can achieve record profits without it?

I somehow think the Founding Fathers would have a very serious problem with Mitt Romney's idea of government. I don't think they'd subscribe at all to conservatives' mantra of screw the little guy and protect the rich.  In Mitt Romney's simple, self-serving view of government the rich get richer, government is essentially an ATM, and only the wealthiest 1% get a debit card.
Posted by The Ostroy Report at 7:32 AM