This Accused "Mansplainer" is Attacked for Defending Alleged Victims 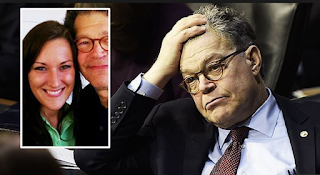 I wrote a piece this week about the counter-intuitiveness of liberal women defending accused sexual-harasser Sen. Al Franken (D-MN). Since then I’ve been accused of “mansplaining.” Of being “condescending.” And of being “wrong.” All because I’ve chosen on the surface to accept and believe the accusations made against Franken by Leann Tweeden and Lindsay Menz. That they’re telling the truth until an investigation might prove otherwise. Shame on me, right?

I’m stunned by this backlash, especially from so many liberal women, for simply defending alleged victims. It’s a curious phenomenon I never expected. Throughout this tsunami of sexual abuse scandals I’ve vehemently and unconditionally supported any women who’s come forward, giving her the benefit of the doubt and believing her story, especially against a backdrop of prominent abusers who’ve been dropping like flies. Let’s be honest: it’s not such a stretch to assume they’re telling the truth given what we now know.

Sexual harassment and abuse is a subject that hits home for me. My late wife, actor/filmmaker Adrienne Shelly, was a victim. My girlfriend was a victim. I have three daughters. I cringe at the thought that they’d ever be victims. Much of my writing and social media postings have highlighted the tipping point we’re now experiencing and the desperate need to make women feel even safer in coming forward.

But what I never expected was the onslaught of ‘slut-shaming’ and convoluted conspiracy rhetoric coming from liberal women against other women claiming to be victims. I wasn’t prepared for the exact same excusing, justifying and denying coming from those on the left who’ve been the loudest voices condemning those on the right for the exact same enabling. All because the accused harasser is progressive icon Franken. Someone they love, admire, respect and agree with politically.

Sadly, women like Tweeden and Menz are now being mercilessly assaulted yet again. There’s an unconscionable character assassination campaign taking place to discredit and delegitimize them simply because of what they do for a living, how ‘sexual’ they may be, what they wear or which party they support. Are these attacks supposed to make other women feel safe in coming forward? This type of attack is exactly why women have found it so difficult to come forward in the past.

Below is a sampling of the astounding comments from the internet judge and jury regarding the accusations against Franken and Menz. Keep in mind these statements are made by liberal women:

“This was a comedy bit gone wrong. He never touched her. I don’t think this rises to the level of sexual harassment. Seems much ado about nothing...let’s focus on the real predators out there.”

“The whole thing was performative, on a comedy tour, where she played the part of the sex object.”

‘She grabbed the ass of the bass player.’

“They were on a comedy tour where it appears much of the humor centered on humping each other.... he wasn’t CAUGHT on camera. He was performing for the camera. Context is important here.”

“He didn’t touch her and was goofing for the camera.”

It was a “stupid one-off joke by a comedian who is purposefully goofing off.”

“If we were to get rid of all men for being clueless and annoying, there would be none left. In this particular case, I am not so sure that Franken deserves anything worse than to be called an idiot.”

“The photos from the tour establish the context in which lewd jokes were the norm, and she participated.”

“She was the focus of sexual jokes throughout the show and chose to be.”

“Her connections and subsequent book deal make me doubt her motives. It’s not a stretch to think Republicans would use this moment...”

“She wants attention, I have no question about that.”

The pic of Menz and Franken is “a hack job....I enlarged it and saw that it was Photoshopped to put their heads closer together.”

“The farce continues. makes a mockery of real abuse victims.”

“What’s happening now is starting to seem like a witch hunt.”

“This woman was not sexually harassed. No way no how no matter what she says she lacks credibility. Period.”

Well, here’s some more mansplaining for ya ladies: the only opinions that matter are those of the women who claim they were sexually harassed or assaulted. You’ve chosen not to believe them. I have. That’s the difference between us.

I would suggest that perhaps you’re guilty of “womansplaining.” That’s when condescending women who have no idea what they’re talking about, because they weren’t there, arrogantly tell an alleged abuse victim that she’s either lying, is a paid shill or is too stupid to know a good “joke” when she sees one.

And I want to make one final, albeit graphic point which obviously and unfortunately appears still needed to be made... and made to too many women:

A woman could be in a sex club in the middle of a wild orgy, having raunchy, kinky sex with five men. A sixth man walks over and wants to join. She says no. He gets angry and assaults her. The culpability lies with him, not her. It doesn’t matter what she’s doing, where she’s doing it, who she’s screwing, how many she’s screwing, if she’s a slut, a nymphomaniac or a prostitute. Optics, perception and circumstance don’t matter, nor do they justify the assault and/or make her a less credible victim. She’s the only who decides who touches her and when. Her body, her decision. Always. Period.