Text of Obama's Speech to School Kids is Released. Oh My God, Republicans Were Right! 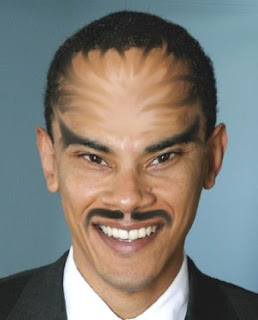 The White House on Monday released the text of President Barack Obama's highly controversial speech to the nation's school children Tuesday. As expected and feared by those on the right, the speech, I'm embarrassed to say, is truly shameful and full of dangerous radical views. Here it is:

"Hello children, both Democrats and those whose parents belong to that less desirable party. Today is a very big day for you. Your first day back to school. I hope you enjoyed your Summer vacation. I tried to enjoy mine, but certain members of an un-named right-wing political party have made the past two months a living hell for me. But this isn't about me, so let's discuss why I've decided to talk with you today.

Education. It's the backbone and foundation of our society. It's what makes America great. And you as young school children represent America's future. It's important that you study hard, set goals and expand your horizons...and most importantly, that you desperately try to convince your Republican parents that they are 100% wrong about every domestic issue from taxes to health care reform to abortion, gun control and gay marriage. But I digress...

Each and every one of you has the same ability to succeed in life no matter what obstacles you face. If your family is poor, you can still go to college...unless of course the Republican Party, should it ever return to power, completely guts Pell Grants, student loans and other tuition-assistance programs.

Yes, you are our future. We need your collective brainpower. We need you to find a cure for aids and cancer. We need you to protect the environment by helping to develop alternative energy sources, green jobs and other environmental protections...because the Republican Party refuses to accept that global warming exists, and only cares about protecting oil companies and corporate polluters.

And since you asked, let's talk health care reform. Many of your parents would like you to believe that my "public option" package would kill your grannies. You march right into your living rooms tonight and tell your parents they're full of shit! Just like that. And tell 'em Uncle Barack said so. Trust me kids, if anyone's lying here, it's mommy and daddy. And another thing, if there's a political party that cares about the old, the poor, the sick, the hungry, veterans and puppies, it ain't the Republicans. Republicans wanna kill puppies!

Now the last thing I'd like to discuss with you is the need for you to get involved. Care about your community, your city, your state, your country. Even me, your president. Ask how you can help. How you can support what I'm trying to do to fix the economy, end our two wars and get America back to being the greatest nation in the world. But I can't do it alone. I need you to join the Young Democrats Club. Visit our website. Go to meetings. Wear our uniform. Learn our secret handshake. We're the fun party! And we're smart, too. C'mon, we both know that any party who sees Sarah Palin as their future, well, that's pretty dang scary, right?

So go home, tell mommy and daddy that we had a simple little chat today, and that everything's ok. Then help me in this revolution! Watch your email for further information.

Good day kids, and God bless (I say "God" with a wink because, as everyone knows, I'm a God-less communist/socialist/fascist/Muslim terrorist who hates Jesus and America).

Have fun at lunch!"
President Obama


On another note, we could use your help at The The Adrienne Shelly Foundation. We're a 501 c 3 tax-exempt, non-profit organization dedicated in my late wife's honor, and with a simple mission: supporting women filmmakers. Adrienne, who wrote, directed and starred in the hit film WAITRESS, was killed November 1, 2006. Through the Foundation, her commitment to filmmaking lives on. We've established scholarships, grants, finishing funds, screenwriting fellowships and living stipends at NYU's Tisch School of the Arts/Kanbar Institute of Film; Columbia University; American Film Institute; Women in Film; IFP; the Nantucket Film Festival; the Tribeca Film Institute; and the Sundance Institute. Your generous contribution will go a long way towards helping us achieve this very important mission. Please click here to make a donation. Thank you.
Posted by The Ostroy Report at 7:57 PM

Folks, a word of advice: don't waste your time sending in nasty, hate-filled combative comments...and/or comments with crazy, convoluted conspiratorial fantasy BS that makes you sound like a wacko. None of it will get posted, and none of it gets past my intern Lauren. The minute she reads a sentence or two she can tell that it's unprintable...and then hits the "reject" button. So, while some of you (especially one person in particular) are clearly spending a boatload of time writing long, rambling diatribes...and sometimes many times per day...the truth is no one is reading, especially me. You're literally talking to yourself....and wasting your time.