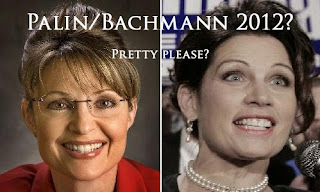 So according to the NY Times poll released this week, we now know that a majority of "Tea Baggers"--the foot soldiers in the Tea Party army--is little more than a collection of rich, educated, white men. Translation?: Republicans. Is this really a surprise?

The "grass roots" rage of the Tea Baggers recalls another faux-populist movement in recent history. Remember the "Brooks Brothers Mob?" The angry, belligerent, bullying rich, educated white males who descended on Miami-Dade County in 2000 to disrupt the Bush/Gore recount? They were Republicans too. And most in fact were GOP operatives sent on a specific mission to undermine the Democratic process. See any parallels between these thugs and the Tea Baggers?

The Tea Party, despite what its de-facto leaders like Sarah Palin, Michelle Bachmann and Newt Gingrich would like us to believe, is but a very small, fringe mob of hate-mongers like their Brooks Brothers counterparts. Poor Gingrich only had 500 'Baggers to preach to at the Austin, Texas Tea Party rally Thursday. In Manhattan, only about 700 protesters showed up. At their big D.C. rally, about 5000 attended. Hardly a "tsunami of conservatism," as Tea Party candidate Sharron Angle boasted to protesters at her Nevada rally.

No, the Tea Baggers are not stupid, as some have claimed and which the poll cites to the contrary. But they are terribly misguided and perhaps embarrassingly manipulated; manipulated by the GOP and its disingenuous spinners into harnessing all of their frustration and rage at President Obama into their underlying not-so-subtle-racism. While they can't use the N-word outright, they instead have adopted code language like "socialist," "Muslim," "radical" and "un-American" while tapping the "birthers" and "truthers," to delegitimize him and his presidency. All the Times poll did this week was put some stats and facts to this theory.

Consider what Bachmann told the D.C. crowd: "We're onto them; we're on to their gangster government." Did she really want to say "gangsta" government perhaps? Is this just another racist code word? It's pretty clear what the goal is behind this sort of dangerous rhetoric.


On another note, we could use your help at The The Adrienne Shelly Foundation. We're a 501 c 3 tax-exempt, non-profit organization dedicated in my late wife's honor, and with a simple mission: supporting women filmmakers. Adrienne, who wrote, directed and starred in the hit film WAITRESS, was killed November 1, 2006. Through the Foundation, her commitment to filmmaking lives on. We've established scholarships, grants, finishing funds, screenwriting fellowships and living stipends at NYU's Tisch School of the Arts/Kanbar Institute of Film; Columbia University; American Film Institute; Women in Film; IFP; the Nantucket Film Festival; the Tribeca Film Institute; and the Sundance Institute. Your generous contribution will go a long way towards helping us achieve this very important mission. Please click here to make a donation. Thank you.
Posted by The Ostroy Report at 7:29 AM

Here's the PAC's filings, "Our Country Deserves Better" the front organization for the Tea Party "movement."

...they need to get out there and fight the horridly unjust government action against Goldman Sachs...

Where are the Tea Partiers? They need to protest this venal Obama/Pelosi/Reid injustice against small business ...and regular folks, like the ditch diggers and welders at Goldman Sachs Structured Products group.

Stand up America, the bankers at GS are right there with you.

Anybody not believe it? Just look at the anti Obama, anti Dem signs compared with anti incumbent signs.

TeaParty the political wing of the anarchists.