Who's the Elitist Now? 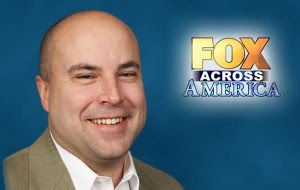 Conservative spinheads like Hughes love to bash President Obama and liberals for being "elitists," out of touch with the needs of the average American in this difficult recessionary period. But it is Hughes who clearly demonstrated his colossal lack of compassion and insight into the economic, health and racial struggles people are facing all over the country.

One frustrated, distraught female caller said she's been unemployed long-term and is finding it near impossible to get a job. Hughes berated her, stating that anyone who wants work can find it. As an example he cited his wife's budding online apparel and jewelry business. "I can't afford to buy gas," she countered. Hughes then arrogantly bragged to his listeners that "I can look around her apartment and garage and guarantee you she can afford $9.99 a month for Internet." He reiterated that, just like his wife (who, it should be noted, has a gainfully employed husband for support), anyone can start a business.

Hughes then suggested that out of work people write E-Books. "One of the best ways to make money on the Internet," he said. Is this guy for real? With a straight face he's suggesting to the millions of unemployed workers--most with little or no higher education--that they write books? A laid-off factory worker living in Ohio with three hungry kids is supposed to sit around and pen a novel? Or maybe these poor folks can write books about what it's like to be kicked in the ass during the worst economy in 75 years.

Hughes praised another caller for "going into my own practice" when things didn't work out with his "associates." I don't begrudge this particular guy, but an obvious professional like him is not representative of the typical poor shlep who's lost his job at the plant.

When he was done with his jobs diatribe Hughes then shifted to obesity, claiming that people are fat because they're lazy and don't want to exercise. And because they eat too much junk food (ignoring studies that show that poor people eat junk food because it's cheap). He suggested they go jogging. Yes, jogging, apparently the official sport of the low-income, inner-city unemployed. I guess, to Hughes, when you've been out of work for a year and you worry about putting food on the table for your kids, the best thing is to simply go for a run. And working white folks like Hughes can vouch for how freakin' Zen this activity is.

Hughes then railed against law enforcement, attacking cops and highway patrolmen for handing out summonses to innocent people like his wife, who was ticketed for doing 88miles per hour when he claims she was within the speed limit. "They got the badge and the gun," he lamented. Hughes vented anger over how cops sit and wait for people like him "to go three inches past the stop sign" so they can pull him over. And this is a guy who, like so many conservatives, supports Arizona's tough new immigration law on the grounds that the law protects people from discrimination, and that cops will do the right thing. Hughes is an angry white man who feels bullied by police. Does he ever stop to think how a Mexican feels in Arizona? Talk about being out of touch.
Posted by The Ostroy Report at 7:38 AM

I would really love to know how many of those out of work voted for the repubs all through the
1980s until now. They are so much to blame for this mess. While they were being sucked in by the repubs on guns, gays and God, they were being stabbed in the back by the party they supported. And if anyone out there thinks the repubs will fix the mess we are in (which they created) and help out those in need of a job, I have some BP stock to sell ya.

Working stiffs that vote for the repubs do so based on fear, hate, and race.
And one more thing: They are rich.

We all know many of those who vote repub have no clue who they really support.

Venn and Realist...pls re-submit your comments. Were deleted by mistake. Sorry

My life has never been so difficult and frightening. I am no youngster so I have something to compare my circumstances now with.

I don't care who got us in this horror. I only want someone to get me/us out. That's why I voted for Obama. And, it hasn't happened and no sign of anything but its getting worse.

Could someone assure me there's someone in this country who can "fix it."

ANON 1103....while I can hear thr frustration in your voice over your own eprsonal situation, you really do need to accept the fact that, overall, the economy is in a MUCH better place now than when Obama won the election and first took office. Back then, we were losing an average of 700,000 jobs per mnonth. Now we have 5 consecutive months of private sector job growth. Back then the economy was contracting 6% annually. Now the GDP shows 3% growth. That's a 9% swing. Back then, GM and other auto companies were bankrupt and/or on the verge of collapsing. Today GM and the auto industry enjoys record profits and increased sales. Back then Wall Street was collapsing and in need of bailouts. Today banks enjoy record profits. The housing industry, while still strugglign, is much better than a year ago in terms of foreclosures, new housing starts, sales, prices etc. Consumer confidence and spending is also up, and the credit markets have been unfrozen. It's only been 18 months since Obama became president. With the worst economic crisis in 75 years, you want overnight miracles? Give him time. Remember, he's also fighting two wars AND now has the BP oil spill disaster to contend with. I'd say overall he's doing pretty darned well.

To add to what The Ostroy Report said, not only is Obama fighting 2 wars and everything else that was listed, but he is also fighting GOP congressional members and GOP media types who want him to fail. If we could get these obstructionists out of the way for the next 2-4 years we might be able to achieve some real change.

Obama has done pretty well on the backs of seniors. They got no increase in soc. sec. for the first time. The interest rates that seniors depend on for income from the retirement savings is about .50. One commentator said that by interest rates being so low the bankers again were able to collect huge bonuses after the stimulus. On down the line, the country will prosper when seniors are denied medical care because they're too old.

One segment of the population should not be sacrificed for another. Especially when my segment followed the rules and contributed for many years.

And as someone else said on this blog, when one doctor can't cure the problem, the patient goes to another to save his life. The bew doctor is not hired nor paid to complain about the condition caused by another doctor's mal-practice.