My Wife Was Not Killed By an "Illegal Immigrant"--PART 2 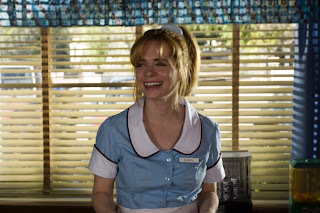 Two weeks before the 2016 presidential election my op-ed on immigration and crime appeared in the New York Times. My late wife, the actor/filmmaker Adrienne Shelly (WAITRESS), had been murdered November 1, 2006 by a 19-year-old undocumented worker from Ecuador. I had been largely silent for ten years about this extremely personal tragedy. Donald Trump changed that.

Witnessing Trump’s incredibly incendiary and relentless attacks on immigrants and refugees, I decided that if ever there was going to be a time where I could share my perspective and have it have maximum impact, it was on the eve of the most critical presidential election in American history. It infuriated me to watch an entire segment of our population be demonized.

I was right. About the election being important, that is. But like a majority of voters, I wasn’t prepared for the result. Nor could I believe that Trump’s hateful racist, xenophobic rhetoric and behavior at that time would be proven pale in comparison to what would follow throughout the first year of his controversial presidency.

The man who began his campaign with the now-infamous “Mexican rapists” salvo proceeded to ignite his presidency, and his bigoted base, with attempts at a Muslim ban right out of the White House gate. Throughout 2017 his anti-immigrant rhetoric was relentless, including recent claims that Haitian immigrants “all have aids” and that Nigerians live in “huts.”

And 2018 is off to an even more tendentious start. Late Thursday afternoon The Washington Post reported that Trump, during an Oval Office immigration meeting with lawmakers earlier in the day, unconscionably asked “Why do we want all these people from ‘shithole countries’ coming here?,” referring, for example, to Haiti, El Salvador and Africa. He suggested bringing over more people from Norway. White people. The good people. Ya know, Trump’s master race.

The tragic irony in Trump’s racist comment is that immigrants from Africa, for example, are not just the most educated immigrants living in the United States, they’re also typically better educated than Americans.

Republican strategist and consultant Frank Luntz tweeted: "43% of immigrants from (shithole) African countries have a bachelor's degree or higher, compared to 33% of the overall American population. Nigerian-Americans, for instance, have a median household income well above the American average."

While Trump is facing widespread condemnation from both Democrats and Republicans at home and from foreign leaders, the GOP leadership—House Speaker Paul Ryan and Senate Majority Leader Mitch McConnell—has yet to comment as of this writing. Their silence is deafening. And when they fail to condemn, they condone.

In view of Trump’s continued and shameless campaign of intolerance and hate, I believe my op-ed from October 24, 2016 is as relevant and timely today as it was then.

To be sure, we’ve had very many ugly days since Trump took office last year. Moments that left us stunned and embarrassed as a nation. But today is an especially dark, sad, shameful day in America’s 241 year history.

America is so much better than this.

Posted by The Ostroy Report at 9:28 AM