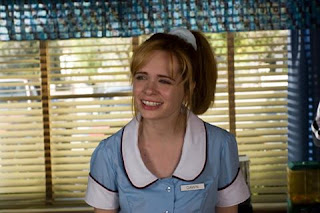 Twelve years ago today, at approximately 5:30 pm, I walked into my wife's office and found her dead in what appeared to be a suicide. And she remained a suicide until five days later when her killer, a 19-year-old undocumented immigrant from Ecuador, was arrested.

It was unquestionably the worst, most unfathomably horrific day of my life, and there's not been a day since where I haven't grieved Adrienne's tragic loss and her bright light which was so senselessly snuffed out. The pain and sorrow I feel is a life sentence.

Adrienne's death re-shaped me. Who I am. What I believe in and what I stand for. Including my thoughts about immigrants and immigration. And I am saddened by where we are as a nation today.

Let me be clear about a few things: I love my country and would do anything to defend and protect her. I am not for open-borders. I advocate strong border security. I believe immigrants should enter our country legally. And that undocumented criminals should be deported.

And let me be even clearer about this: I hate Adrienne's killer. I hate him for what he did to her. For so brutally extinguishing the life of a kind, beautiful soul. I hate him for robbing our daughter, now almost 15, of the adoring mother who loved her more than anything. I hate that my older children live life without the amazing stepmother they loved so dearly. And I hate him for taking Adrienne away from her own adoring mother and the brothers who no longer have their incredible sister.

But I also hate what Donald Trump has done to America in exploiting murders like Adrienne's to summarily demonize and scapegoat an entire segment of our population because, for political purposes, he's compelled to tear the nation apart and turn us against each other. I hate how he's broad-stroked immigrants--who in desperation seek to cross our borders for a better, safer life--as gang members, thugs and murderers...a reprehensibly false charge not supported by statistics. The truth is, Americans have more to fear from their fellow citizens than from undocumented immigrants.

But that hasn't stopped Trump from pathologically-lying about immigrants. His relentless flame-stoking about the caravan of America-bound, asylum-seeking immigrants which left Honduras weeks ago is just the latest example. As the election nears, and his fear, desperation and panic over a Democratic landslide intensifies, he's been ginning up his base with wildly false claims that we're being "invaded" by these 'violent criminals' who include 'Middle-Eastern terrorists.' Despite that every credible news organization traveling with the caravan has failed to see anyone but freedom-seeking Hispanics, many of them families with children.

Trump justifies his draconian xenophobic positions with claims that there's "30-million" undocumented immigrants in the United States, a grossly inflated figure which is approximately three times the actual number. And that this situation is so dire, so threatening to America, that it requires him sending 5,000-15,000 troops to the border to defend us from this 'evil enemy.'

Not only is this military move an unconscionable exploitation of our troops to support Trump's politically-motivated animus towards immigrants, it will also cost taxpayers a ton in unnecessary expense when our deficit is already swollen. It's a solution in search of a problem. And he's layered this campaign of hate with a new vow to unilaterally end birthright citizenship despite its clear protection in the 14th Amendment of the Constitution.

But will it end there? How might Trump, who proudly labeled himself a "nationalist', increase the ferocity of his rhetoric? As outrageous as it sounds, it would not shock me if over the next several days, as a flipping of the House and/or Senate becomes more likely, he amps up the fear-mongering and suggests a Hitler-like "Final Solution" to save America from these dangerous brown people who he claims threaten our way of life. That this seems even a remote possibility shows just how low Trump has sunk our great democracy to the fringes of terrifying fascism.

To be sure, Trump has destroyed the values on which America has existed for centuries. He's turned "Give us your tired, your poor, your huddled masses yearning to be free" into "Stay the fuck out of our white America!" He's convinced his angry white base that they somehow have a greater right to lay claim to the country than their black, brown and yellow neighbors.

Two years ago, less than three weeks before the election, I shared my views on this subject in a New York Times op-ed.  I feared what the country would become if Trump became president. He of course won, and not surprisingly his incendiary anti-immigrant rhetoric is more vile than ever.

So on this 12th anniversary of Adrienne's death I'm appealing to voters to fight back. To reject Trump's un-American hate-speak. To rise up and say ENOUGH! To take this country back from his angry, narrow-minded frightened fellow nationalists who've sadly forgotten that we are all descendants of immigrants. Than none of us is better, or more American, than the person beside us.

This is not Trump's America. But it surely has become Trump's Republican Party. It's shameful that the GOP-led Congress has failed to defend the nation from this moral monster. How it's enabled his chaos, corruption and treason and allowed it to spread like a cancer unchecked.

Which is why five days from now we must swarm the polls and vote...them...out. We must vote for Democrats up and down the ballot. We must vote to bring back decency, civility and humanity to America.