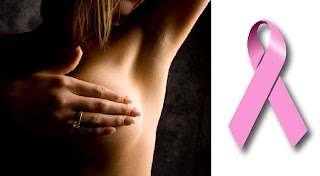 It's highly unfortunate timing for the Obama administration that two new cancer-screening recommendations have been made by government and independent medical groups in a week where the president is seeking legislation for his historic health-care reform bill. While the measures have sparked intense controversy, it's irresponsible and disingenuous for Republicans to label these new guidelines as partisan-based and illustrative of the sort of "rationing" they claim reform will bring. Just like global warming, health-care has become overly politicized, and some things simply aren't political. We all breath the same air, drink the same water, and can contract cancer regardless of political persuasion.

The first finding announced earlier in the week by the federal Preventive Service Task Force recommended less-frequent breast-cancer screenings for women under 50. The second was announced Thursday by the American College of Obstetricians and Gynecologists (ACOG) offering new guidelines for pap smears in preventing cervical cancer, specifically that women should delay having them until the age of 21. As expected, both recommedations have unleashed a torrent of emotions and debate on both sides of the aisle, and from women's groups, cancer-prevention advocacy groups and within the medical profession. Now, I am neither a doctor or a scientist and I am not going to pretend to have anything but a personal, and highly visceral reaction to these new guidelines. But I will strongly argue against exploiting these very sensitive subjects for political purposes, which is shamefully what the GOP is doing as it attempts to kill the reform bill.

In one sense, the controversy may be somewhat overblown. The ACOG's pap smear findings are similar to what the medical profession has been suggesting for years about prostate cancer prevention. That it's healthier and more effective to screen for, and treat, this very slow-moving disease as men age rather than in earlier years, especially as false positives can lead to unnecessary and potentially harmful biopsies and subsequent side-effect-laden treatments.

But on the surface, the task-force's mammography recommendations seem outrageous and irresponsible. I for one belong to the "there can never be too much cancer-screening" camp. That's just a very seemingly logical mantra to adapt, in my neophyte, medically-uninformed opinion. And I say that as someone who's lost loved ones to this dreaded, ravenous disease. In fact, I hate cancer, and I'm all for spending as much time and money researching cures. But medicine and cancer-prevention is not that simple, according to many individuals who have medical degrees hanging on their walls instead of pictures of Shakira (ok, my secret's out...). So I'm going to let the experts continue to argue the merits, or lack therof, of reduced, increased or status-quo cancer-screenings.

And that's precisely my point: let's let the medical professionals, scientists and researchers do their job and keep the politicians out of this debate. Contrary to right-wing charges, both medical groups were established as apolitical (in fact, the task force was appointed by George W. Bush) and neither focuses on health care costs in drawing their conclusions. To be sure, there's too much at stake here to reduce such a colossally important medical matter to mere pawn-status in the anti-Obama wars of partisan zealots like Sen. Tom Coburn (R-Ok) who are literally salivating at the "let's kill health-care reform" gifts they think they've been handed this week by the task force and the ACOG. What we don't need is more self-serving, duplicitous, inflammatory rhetoric about killing granny, rationing treatments and the perils of socialized medicine. Republicans must stop spreading lies in their insatiable hunger to deceive and manipulate Americans over health care reform. They must keep their personal emotions, religious beliefs and political motivations out of the debate. Haven't we learned anything from the Terri Schiavo case?


On another note, the film I produced, SERIOUS MOONLIGHT, which was written by my late wife Adrienne Shelly (WAITRESS), will have its U.S. premiere and afterparty December 3rd in NYC. This event will also serve as the 2009 Adrienne Shelly Foundation fundraising gala, and proceeds will go towards helping ASF achieve its mission of supporting women filmmakers. Tickets are $150. Please join me, our stars Meg Ryan and Timothy Hutton, our director Cheryl Hines and others at this red-carpet event. Tickets are extremely limited (only 18 left). To purchase, please call Jessica at 212-381-1716.

ASF is a 501 c 3 tax-exempt, non-profit organization which provides scholarships, grants, finishing funds, screenwriting fellowships and living stipends at NYU's Tisch School of the Arts/Kanbar Institute of Film; Columbia University; American Film Institute; Women in Film; IFP; the Nantucket Film Festival; the Tribeca Film Institute; and the Sundance Institute. Your generous contribution will go a long way towards helping us achieve this very important mission. Please click here to make a donation. Thank you.
Posted by The Ostroy Report at 8:19 AM

The Repubs are doing all they can to derail this. I saw where insurance companies are spending millions daily to stop it. What are they spending the money on?

Why is it when the Dems are in charge and want to do something for the American people, the Repubs scream about the cost? Where were they during the Bush years when they blindly approved all money requests?

All of these "new findings" are just the preparation for the cutbacks in the existing health care system that the GOP is hoping to establish once they finish knifing Obama's butchered "reform" in the back. When the Repubs talk about health care rationing, this is where it stems from. They believe they aren't going to lose this fight, and are already at work ensuring that Obama and the Dems get the blame.

I believe you are misstating the prostate recommendations. Certainly no treatment is recommended for many of the slow-growing ones in older men, but virulent, fast-growing prostate cancer can strike relatively younger men. I think most doctors agree that there is no reason a blood test shouldn't be performed.

Why all of the sudden a different set of guidelines is a taste of rationing to come?
The disagreements between various agencies in this country and among various health organizations in Europe have aways been there. In 2005 for example the American Cancer Society recommended annual mammograms for the 40+ women whereas the Natioanl Cancer Institute had suggested annual or bi-annual depending on the patient.

Why nothing was said then about "rationing"?

The scenario on "rationing" is hard to prove for another reason as well. There are not any significant savings for the insurance companies if women take these tests less frequently as the exam is dirt cheap. For the uninsured it costs $90-130. For the insured, the negotiated price is even lower. And if your policy requests a co-pay, then what the insurance company eventually pays is peanuts. Let alone the fact that often I see in magazines coupons 0f $30-40 towards having a mammogram at a particular imaging center.

This one of the very few exams every woman could have regardless of her insurance status. (Furthermore many centers now do not request a prescription to give you one.)

These recommendations regarding breast cancer screening for women by the government are totally irresponsible. For YEARS I have been advising my girlfriends that mammography is only 85% effective and they MUST also have a breast ultrasound. In addition, pap smears only screen for cervical and cancer of the uterus. They MUST also have a transvaginal ultrasound or a CT scan of the pelvis to make sure they do not have ovarian cancer. The CA125 test is not accurate at all. I believe in full body scans as well. I have recommended lung scans which I do yearly because I smoke and not only cigarettes if you get my drift. I would rather have a false positive than get cancer thank you very much.