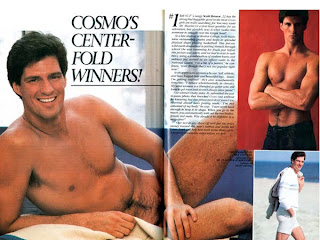 His real name may be Scott Brown, the right-wing truck-drivin' former Cosmo centerfold and Massachusetts state senator. But from now on, his name might as well be Phil A. Buster, the self-proclaimed "41st Senator" headed to Washington to wreak havoc on health care reform and the rest of the Democratic agenda.

It's taken President Obama and the Democrats in power just one year to unravel. In my wildest imagination, despite a general lack of confidence in the party and the belief that it is utterly inept, I thought it would at least take one full term to implode. But I suppose when your greatest skill is self-destruction, there's no better time than the present.

The left lies in stunned disbelief in the wake of Tuesday's special election in Massachusetts where Brown, a virtual nobody, has become an overnight somebody by stealing out from Democrats the Senate seat held by the iconic Ted Kennedy for 46 years in the nation's most liberal state. Poor Teddy. Perhaps he's sitting somewhere with Jack and Bobby, red-faced, veins popping out of his neck, fist-pounding the table in righteous indignation over how monumentally the party botched this election and tarnished his legacy. You can almost hear the brilliant sarcastic wit wrapped in that think Bahston accent: "Er, uh, congratulations Democrats...a Republican winning in Massachusetts is like, er, Barney Frank winning in Oklahoma. You've achieved the impossible." Goodbye, super-majority. Hello filibuster.

So now Sen. Buster will soon hop on his pick-up and head to D.C., gallantly riding into town like a superhero to the orgasmic glee of GOP head Michael Steele, Minority Leader Mitch McConnell (KY) and the other bloodthirsty members of the Party of No. It's about to get very ugly around the Beltway.

Tuesday's election was as much a referendum on Obama and the Democratically-controlled Congress as it was a humiliating defeat for the horrendously run campaign of Attorney General Martha Coakley. Despite his desperate last-minute campaigning in a state where he won by 26% last year, Obama could not deliver for Coakley. Voters simply said "thanks but no thanks" to the both of them. With his approval rating hovering around 51%, and with the recent GOP gubernatorial victories in Virginia and New Jersey, it's pretty safe to say Brown's victory now constitutes a movement. Get ready for Tea Bagger-boasting ad nauseum. The Democratic Party should be shaking in its boots as it heads into the 2010 midterms.

Now as bleak as Tuesday's loss seems, there's still time for the party to get its act together. The November election is 11 months away, which is an eternity in politics. Democrats need to craft a meaningful message for voters and back it up with clear results. There must be a de-emphasizing on health care and a major shift in priority towards the economy and job creation specifically. Want a winning theme, Democrats? Jobs, jobs, jobs.

Obama needs to relentlessly drill into voters' heads the successes he and the party have achieved in this area, taking the nation from 700,000+ monthly losses down to less than 100,000. His upcoming State of the Union speech should very clearly outline the progress that's been made on the economy, from stemming job losses to achieving GDP growth; from the success of his $787-billion stimulus package to the turnaround in the financial, auto and housing industries. He must instill confidence in the American people that if they stick with him and Democrats we'll see continued growth and expansion, and appreciable job creation. He must successfully remind voters that it was he and the Democrats who brought the nation back from the brink of financial disaster in the Fall of 2008. And, he must define Republicans as The Party of No. The party that voted against the stimulus, against the financial reform bill, against health care. The party that has not come up with one single solution of its own to help bail out the American people, who continue to suffer tremendously from the struggling economy.

For sure, there's plenty of time to right this sinking ship. That is of course if Democrats can get out of their own way.


On another note, we could use your help at The The Adrienne Shelly Foundation. We're a 501 c 3 tax-exempt, non-profit organization dedicated in my late wife's honor, and with a simple mission: supporting women filmmakers. Adrienne, who wrote, directed and starred in the hit film WAITRESS, was killed November 1, 2006. Through the Foundation, her commitment to filmmaking lives on. We've established scholarships, grants, finishing funds, screenwriting fellowships and living stipends at NYU's Tisch School of the Arts/Kanbar Institute of Film; Columbia University; American Film Institute; Women in Film; IFP; the Nantucket Film Festival; the Tribeca Film Institute; and the Sundance Institute. Your generous contribution will go a long way towards helping us achieve this very important mission. Please click here to make a donation. Thank you.
Posted by The Ostroy Report at 7:43 AM

Andy,
Have they actually counted the votes? It seems like it is common practice these days not to, but leave it up to an electronic tabulator which are in violation of federal voting system standards and programmed by a company with a disturbing and criminal background that incidently has been decertified in California for not being able to accurately tally votes. ~ http://www.gouverneurtimes.com/st-lawrence-news/54-worldnational-news/10625-easily-hacked-voting-systems-to-be-used-in-ma-special-election-for-the-us-senate.html

The media calls it and it's a race to see who claims to be winner, as predicted here: http://www.gouverneurtimes.com/frontpage-news/10790-watch-for-pre-emptive-maneuver-thru-qcalling-the-raceq-in-ma.html

Yet, 0% of the voters' cast ballots in Massachusetts have been counted or examined by any human being on the face of the earth.
There are credible reports of ballots premarked for Brown given to pollworkers in at least 5 polling places. ~ http://www.bradblog.com/?p=7655

So when will we learn to count the votes? Places where this has *actually* been counted have thrown out these machines. It's a sham.

Boy do you have that right! We are doomed.

Brown will vote lock step with the repubs. Is MA really that conservative?

The Dems are just a bunch of wimps with no Dem message machine. Why did they not go with what they ran on? I am disgusted.

MA is not conservative. Simply retarded. Too bad we give all sorts of idiots the right to decide for the rest of us.

thanks for the picture of Brown. Good to see some sexism against men for a change. But we have to admit he's a "looker'". Not only will I enjoy looking at him over the next few years, I am so relieved that my and most of the country's point of view has been acknowledged by the eleciton in MA. I'm Dem gone Independent.

Hope he changes the role of seniors who, according to the NY TIMES and our experience, is supporting the "recovery" by having our source of interest on CDs and savings cut to zero. At least we've now been spared having Medicare benefits cut to support Obama's health plan.

Sadly, this is no longer an issue now that the US Supreme Court has sold our nation to the corporations for their thirty pieces of dirty silver. Nothing they approve of will be defeated. Nothing we the people want will be approved.

It is now very clear why the Republicans stalled like they did. They were waiting for this ruling. They knew that it would be found in their favor and that once the ruling was issued, they would call the shots.

Now is certainly their time - even if Coakley had defeated Brown.