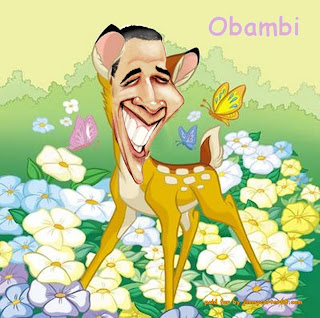 Can you imagine during the mid-90's Republican glory days ever hearing George Bush telling Senate Majority Leader Bill Frist and House Leader Tom DeLay to be kind and patient with Democrats and not "jam" anything through until everything's fair and balanced? And even if he did, could you imagine either of them listening? You see, this is what's wrong with the Democratic Party. Too damned nice. Always trying to be the bigger guy. Always vowing not to stoop to tactics of their conservative counterparts. Always hanging on to delusions of true bi-partisanship, convincing themselves that Republicans have an agenda other than to simply destroy every single measure the left proposes. Always holding out hope that The Party of No is really The Party of Sure, We'll Work with You. Never seeming to get it: that the GOP consists of mean-spirited, victory-obsessed ruthless propagandists who will do or say anything to win. The Democrats can self-righteously wear the honor and integrity badge all they want, but it ain't gonna make them winners.

I'm sorry, but it is truly unfathomable that with the White House, a 78 seat majority in the House, and a (albeit-short-lived) filibuster-proof majority in the Senate, Obama and Democrats will likely end up with a health-care reform bill that looks and smells more right than left, and that's if the bill doesn't die altogether thanks to Sen. Buster.

Rather than sticking his head up his bi-partisan-deluded keister and urging Majority Leader Sen. Harry Reid to wait for Brown to arrive in Washington to destroy his health-care bill, Obama should be urging Reid to drop the nuclear bomb and pass the damn thing under reconciliation after Speaker Nancy Pelosi pushes it through the House. Who cares what Republicans think. Just do it. Just like they would.
Posted by The Ostroy Report at 7:29 AM

There are no words to descrbe how disgusted I feel about the wimpy Dems we hear and see on our tvs. They do not fight for those of us who voted for the change that President Obama campaigned on. Now we see that due to Brown getting elected, the Dems think the message was to move right. The Dems in DC have no clue. Brown won because of the Dems betraying those of us who want change. Many Dem/independent voters in MA either didn't vote, voted for the 3rd candidate, or voted for Brown to send (wrongly) a message. Where is our message machine to fight the massive Repub message machine? No one ever really explained what was in the health care reform bills. All we ever heard was when it passes and people see what's in it, they will like it. Duh! Are the folks in DC insane? They let the Repubs define the issue because of their lack of message. As far as I can tell, the Dems are doomed in the mid terms because they lack the backbone to fight for the people. Someone needs to tell the DC Dems to grow a pair. They have no idea the disgust their own supporters feel towards them. How they do not see what is going on, is beyond me.

If you need to know, Democrats in Congress have more in common with Republicans in general than with members of their own party.
Millionairs like to stick together to stay millionairs.

I agree. The Dems are doomed unless they show the American people that they are on their side.

I wish the Repubs would go down too. The are the worst.

On another note it seems the birthplace of Al Frankin has passed on.
Ironic how capitalism destroyed another tool of socialism.

To counter some of the arguments presented by anonymous #1, there was some commentary about what is contained in the health care bill. In fact, the push was fairly widespread, with major administration officials making the rounds of the talking head shows in support of passage. Major media people, such as Paul Krugman and Rachel Maddow, still openly and actively support passage as of this last week, so it cannot be claimed that the push doesn't exist.

The problem is, the Democrats still have not addressed why we should accept the BAD portions of this bill. They are ignoring them, hoping that we will forget that they are selling us out to the insurance industry, getting less care for more money extorted under the threat of IRS fines and potentially prison time for refusing their help. Did they not understand why Brown beat Coakley and ended their filibuster-killing capabilities? It was that this and the other bad features of the health insurance "reform" are what they don't want and will not accept. Brown's victory only reinforces our doubts that "we'll come back later and fix things." There are now 41 votes that scream, "Not happenin'!"

Other than these points, I agree with anonymous #1. I see those points as an accurate assessment of the Democratic Party problem. And now, the Supreme Court has made the problem much worse.