The Death of Michael Jackson: Time for Compassion Not Vilification 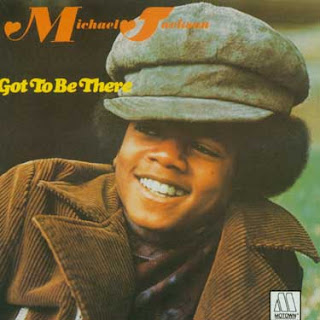 By now you'd have to be living under a rock not to know that legendary pop icon Michael Jackson has died at the age of 50. So I will skip the details. I know an awful lot about sudden, premature death given that my wife--the actor, writer, director Adrienne Shelly (WAITRESS) was brutally murdered in November 2006. But the tragic irony is that Adrienne died at the absolute happiest point in her entire life. Michael Jackson, like Elvis, Janis Joplin, Jim Morrison, Kurt Cobain, Anna Nicole Smith and countless others before him, were extremely tortured souls. They died miserable. Lonely. Drugged. Hating life. And for this they deserve our compassion, not our scorn. Now is not a time to vilify Jackson for his alleged child molestation crimes. We should have it in our hearts to forgive his past transgressions, no matter how despicable, and simply mourn his passing with dignity and sympathy.

Like so many, I grew up with Michael Jackson, his music serving as the soundtrack to much of my life. Watching the Jackson Five cartoon on Saturday mornings as a young boy. Kissing my first girlfriend as I'LL BE THERE played. College and OFF THE WALL. THRILLER, which carried me as I moved to Los Angeles to begin a new life with my new wife. WE ARE THE WORLD back in New York as our daughter Emily was about to be born. I know I'm not alone when I say I feel as though a little piece of me died Thursday as well. It's ok to feel that way. It doesn't excuse the horrible crimes against children he may have committed. It just means we're human. And we can feel pain and sorrow even under such difficult, incomprehensible, unconscionable circumstances.

My dear late wife gave me many gifts, one of them being an ability to feel compassion for and to forgive those who have said and done hurtful things. "Rather than be mad at them," she'd say, "maybe we can try to understand why they did or said these things." She believed that they acted out because they were in such emotional pain and turmoil that they couldn't help themselves. Feel sorry for them, she'd say, instead of feeling anger. Wise little sage, that Adrienne was. I've since lived my life according to that principle. And it's made me a much kinder, happier individual. Perhaps we could all use a little of this compassion today.

Few of us could truly understand what it must feel like to see the man in the mirror each day and feel such intense disgust and self-hatred. Haunted by terrifying inner demons. So much so that, among so many bizarre acts, you begin a series of surgeries that leave you horribly disfigured and the subject of constant ridicule. Make no mistake, Jackson was a very disturbed, sick man. And no amount of fame and fortune was able to change that.

Today is a day to celebrate Michael Jackson's incredible talents and the many gifts he left as part of his iconic legacy. But it's also time to recognize that a mother lost a son. That children lost the only parent they know and love. We must feel the same compassion for them as we do for the children Jackson allegedly abused.

I listened to Jackson at the gym this morning. As each song played on the iPod, my life literally flashed in my head. Now that he's gone, the appreciation of his gigantic talent, and the tremendous impact it's had on pop culture, inspiring everyone from Justin Timberlake and Usher to Chris Brown and Madonna, has really hit home. Death sucks. Rest in peace MJ. Your painful journey is finally over.


On another note, we could use your help at The The Adrienne Shelly Foundation. We're a 501 c 3 tax-exempt, non-profit organization dedicated in my late wife's honor, and with a simple mission: supporting women filmmakers. Adrienne, who wrote, directed and starred in the hit film WAITRESS, was killed November 1, 2006. Through the Foundation, her commitment to filmmaking lives on. We've established scholarships, grants, finishing funds, screenwriting fellowships and living stipends at NYU's Tisch School of the Arts/Kanbar Institute of Film; Columbia University; American Film Institute; Women in Film; IFP; the Nantucket Film Festival; the Tribeca Film Institute; and the Sundance Institute. Your generous contribution will go a long way towards helping us achieve this very important mission. Please click here to make a donation. Thank you.
Posted by The Ostroy Report at 7:54 AM

Very well stated Andy. We all owe so many fond memories to Michael. May he rest in peace.