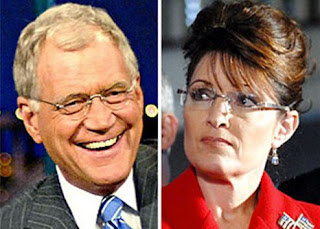 It began in November with the stunning and historic presidential victory of Barack Obama and the sweeping democratic landslides in both the House and Senate. Ever since, Republicans have been acting like a bunch of jilted lovers hanging around the water-cooler disparaging their ex's in ways ranging from the vile and vitriolic to the sophomoric and absurd. In both cases, lies and deception have been at the core. I'm embarrassed for these pathetic cry-babies. Grown men and women acting like desperate fools; political chickens-without-heads grasping at any straw they can find, no matter how ridiculous, hypocritical or untrue, to take down Obama and his nascent administration. They're not just "The Party of No," they're "The Party of Nasty, Mean-Spirited Pricks."

The right-wing attack machine is in high-gear, throwing all sorts of inflammatory rhetoric around like it was the '08 campaign all over again. According to these shameless sore-losers, Obama's a socialist who's nationalizing everything. Obama's destroying the economy. Obama's more dangerous to America than al Qaeda. Obama's Supreme Court pick, Sonia Sotomayor, is a racist. Obama's responsible for Rev. Jeremiah Wright's latest round of anti-Semitic hate-speak. Obama's spending too much taxpayer money on helicopters. Obama can't speak without a teleprompter. Obama's got his feet up on the Oval Office desk.

And check out this cesspool of lies masquerading as righteous indignation from conservative talking head Sean Hannity last Friday:

"They're fear-mongers." (Wow, if that ain't the pot calling the kettle black, huh Sean?)

"He's too busy playing golf every weekend. Too busy going to New York to go out with his wife. Too busy flying his whole family to Europe...to France." (Really Sean? Golf every weekend? That's an outright lie. And, there was one night out in New York and one trip to France to honor America's fallen soldiers on D-Day. Did it bother you when Bush spent more time in Crawford, TX than in the White House?)

"Folks, he's destroying America as we know it." (Hey Sean, the economy's starting to recover and the stock markets have been on a 3-month tear. The credit markets have loosened; construction spending is up; foreclosures have declined; retail sales are at a 3-month high; almost a third of the banking industry's TARP funds have been re-paid with interest; and consumner confidence is up. Yup, America's really in bad shape under Obama)

"He's more radical than we even thought he could be." (Nice try, Sean. Many of his most ardent supporters are upset with his centrist policies)

"He's emboldening enemies like North Korea." (Care to give us some actual, factual specifics Sean?)

(Coughing) "Sorry, I got something caught in my throat." (Yeah Sean, it's called bullshit. You're coughing on your own bullshit, Hannity).

Ok, I just have one thing to say about Sean Hannity, the man his loyal Kool-Aid-drunken listeners greet with "You're a great American" every time they call his right-wing-ragefest of a radio program: He is anything but a great American. He is a despicable human being who spews lies and deception with reckless abandon and with no regard for America's health, welfare or security. He is as unpatriotic as they come.

Another thing that's gotten Republicans' collective panties in a snit this past week was the Sarah Palin/David Letterman "scandal." The host of "CBS's Late Night" made some off-color jokes about the Alaska Governor and her daughter (he didn't specify which one, 18-year-old Bristol or 14-year-old Willow). Funny how a party that's offered the American public absolutely nothing to improve education, health care, the environment or the economy can spend so much fucking time and energy on Letterman's Top Ten List.

The Conservative Army came out in force to defend Palin, the gal they call "the future" of their diseased party. In her syndicated column Saturday, pundit Michelle Malkin skewered Letterman for "sexist and sick" jokes, closing with "Letterman reminds me of the lecher at the school bus stop. Or the aging creep lurking in the dirty magazine section at the 7-Eleven." Regardless of whether Letterman was offbase or not--and one could argue his only crime was of joking in poor taste--he certainly doesn't deserve Malkin's not-so-thinly-veiled pervert and pedophile references. Malkin needs to be reminded that it's hard to cry foul when, in her harsh criticism, she resorts to the same sort of personal attacks for which she crucifies Letterman. But why should we be surprised at Malkin's hypocrisy? She's a card-carrying member of the Republicans' "Do as I say, not as I do" club.

And here's a little message for Palin: If you're gonna parade your daughter around the campaign trail, touting her unwed pregnancy as an admirable teenage virtue, then you deserve whatever mockery comes your way, from Letterman or elsewhere.

Now there was one breath of fresh conservative air this week, and it surprisingly came in the form of satirist/writer/journalist P.J. O'Rourke on Friday's "Real Time with Bill Maher" on HBO. O'Rourke was challenged by fellow guest and host of MSNBC's "Hardball," Chris Matthews, who noted that Obama gets criticized by conservatives no matter what he does. "If he bails out GM and Chrysler you guys say he's a socialist. If he let's them fail, you're gonna criticize him for that too." Replied O'Rourke incredulously, "Of course we are, we're Republicans! What do you want us to do, praise the guy?!" Bravo! At least O'Rourke has the balls and the humor to tell it like it is.


On another note, we could use your help at The The Adrienne Shelly Foundation. We're a 501 c 3 tax-exempt, non-profit organization dedicated in my late wife's honor, and with a simple mission: supporting women filmmakers. Adrienne, who wrote, directed and starred in the hit film WAITRESS, was killed November 1, 2006. Through the Foundation, her commitment to filmmaking lives on. We've established scholarships, grants, finishing funds, screenwriting fellowships and living stipends at NYU's Tisch School of the Arts/Kanbar Institute of Film; Columbia University; American Film Institute; Women in Film; IFP; the Nantucket Film Festival; the Tribeca Film Institute; and the Sundance Institute. Your generous contribution will go a long way towards helping us achieve this very important mission. Please click here to make a donation. Thank you.
Posted by The Ostroy Report at 8:48 PM

I heard Pat Buchanan and George Stephanopolous back-to-back on Hannity's show last week. He asked them the both the same questions, one of which was about bunker busting Iran's nuke facilities. Hannity was all gung-ho about getting with Israel right now and tearing it up, Great American (TM)-style. Both Buchanan and Stephanopolous gave reasoned, intelligent answers as to why that was either not gonna happen or won't happen for at least six months.

Both times, Hannity immediately moved on to another asshat topic.

The guy's an incredibly fascinating mix of OCD, chickenhawkery (I'm gonna trademark that one for myself) and early 90's post-college frat boy fashion sense.

All the only thing I care about is will the easily "come over to our side folks" fall for their day after day attacks.

I find it hard to believe that they will fall for it, but the voters voted in Bush for a second term.

Hillary was the target of sexism and now Palin and her daughter. No one makes jokes about males "kncoking up" females. No disgrace there.

Racism is over when compared to the blatant, cruel, destructive sexism.

David Letterman's jokes were stupid and lame but so what? Is this really an issue? It is being used as yet another opportunity for Sara Palin to keep herself in the public spotlight for her run at the White House.
If Sarah Palin is the answer it's a mighty strange question!

Jokes about blacks are inflammatory and people lose jobs i.e., Imus. Calling a woman a "slut" as Letterman did Palin, is merely "stupid and lame".

I am a denior citizen, a Democrat and I voted for Obama. On PBS the other day I heard a diccussion about the economy. The Feds keepin the interst rates low was one aspect. The questioner pointed out that by doing that almost all senior citizens were suffering terribly because they were not getting any dividends on their saving accounts. The goverment rep. replaied that somebody had to be sacrificed and the seniors had to suffer so younger people could continue to borrow to pay for cars, houses, etc. THey all forget that the senior population numbers 30 percent and that we buy and spend large sumes of money too.

I was not happy to find harming me and other seniors by the government was a choice they have made.

As a senior citizen, I am also not earning any interest on my savings, but I disagree with the anonymous senior up-thread. We seniors receive Social Security benefits; Medicare costs us a pittance; many businesses offer senior discounts; and if we have savings accounts, that's a lot more than many folks have.

Yes, yes, I know--we paid into Social Security. Thing is, over the long haul, we get more money back than we paid in. Who helps pay for the Medicare costs of seniors? Why, the younger, working folks do--among them the 45 million without health insurance for themselves and their families. You know, the ones who receive no discounts on anything. Personally, I see no reason why we seniors should regard ourselves as a privileged class with greater "rights" than others.

12:04 You are really a sweet old person. How generous and understanding of the woes of those still working an earning on a average of at least 50,000 a year. Is that what your social security pays. Did you not save so you could live comfortably in your old age and collect interest on your savings? And, how really very accomodating that you don't mind being chosen as one in the group picked to provide the sacrifice for the economy's growh, according to the report PBS program.

Republicans and Democrats are currently working out the details of the final Senate package together, making line-by-line cuts to get it passed.