As Rhinebeck N.Y. Goes, So Goes The Nation? 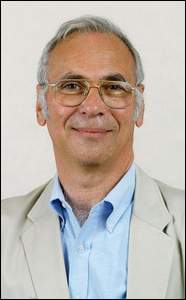 Steven Block, who'll be paid $14,175 annually to preside over Rhinebeck's political system, may be just a small town legislator, but he symbolizes what could be a sweeping victory for Democrats in next year's Congressional mid-term elections fueled by a hugely frustrated and disenfranchised national electorate.

And it is precisely these types of small town elections across America that could be a tell-tale sign of major trouble for the Republican party. The GOP has been rocked by scandal and failed policy, and has lost the trust and faith of Americans nationwide. Poll after poll has shown for a year now that voters want change, and want to see the Democrats take control of Congress next year. Combine that with Bush's abysmal approval ratings and you have a political perfect storm on the horizon. A storm that conservative pundit John Podhoretz wisely acknowledged in his column this week, but shot down in true delusional partisan form.

While the pundits may be spinning the party's talking points, Republican leaders, especially those up for re-election, are plenty worried. That's why staunch conservatives like Senate Majority Leader Bill Frist (TN) have been distancing themselves from the Bushies. It's called survival. The SS Bush is sinking, and Republicans on the hill are hellbent not to go down with it. They know how America feels, are shifting gears in order to stay alive, but it may just be a little too late.

So while Steven Block enjoys his success in Rhinebeck and few attach any national significance to it, this writer's radar is blinking wildly from the foreboding sense of doom facing Republicans next year.
Posted by The Ostroy Report at 5:57 PM

This has been coming for a while. The exodus from New York City has been ongoing for a long time. Artists and liberals who couldn't take Gulliani gentrification started leaving and colonizing the small cities along the Hudson River and Lower Catskills. Face it; most artists (and many liberals I might add) are content with a simpler life that they were getting priced out of in NYC. These locations under three hours to New York City are desirable to them because of the ability to travel to NYC and keep their networks and galleries there viable and "working". Artists could bring in their work for sale and be home in one day.
Locations south of Rhinebeck along the Hudson, Kingston, the lower Catskills, the state route 209 corridor through Ulster County to Sullivan County, along Route 17 corridor to Monticello, though more liberal at these small areas, are a small part of a larger traditionally conservative region. They too have felt the political impact of this influx of liberals. These are some pockets of Liberals, but since 2001 those pockets have gained a strong liberal base.
New Paltz, for example has mostly been served by a conservative government hostile to the liberal idea though a college town. It now has a strong Green Party majority, but is still surrounded by a traditionally less liberal town.
That dynamic has also been changing as many Mc Mansions (a 3000 sq. ft. home on 5 to 10 acres of vinyl and particleboard designed to last 15 to 20 years) have sprung up. These commuters, the home's inhabitants, are invariably from NYC, NJ, Westchester or Rockland and considerably more liberal than the people who allowed the farmland to be carved up. Unhappy with the zoning laws which have allowed poorly planned development and the loss of "rural scenery" (conservative free market?), they have sought, ironically, to get involved with local government to change the rules that allowed them to build by getting “building moratoriums” enacted (a whole different story!), and changing the face of politics for the region.
For example, Orange County NY, once a majority conservative/Republican stronghold has been politically diluted. A traditional residence of the more conservative NY firefighters and police who did not want to raise their children in dangerous NYC, have a "traditional" home etc., has since 2001 been over run with many more people willing to commute up to two hours for security, fleeing "terist" threats in NYC. This influx has changed the county politically. Town supervisors who ran unopposed for decades as Republicans and Conservatives only had to contend with other parties which were just more republicans and conservatives who couldn’t get sponsored by the national parties. Democrats and Liberals couldn’t field a candidate (except in the cities like Newburgh and Middletown); much less gain a majority or even enough seats to create an open debate (Orange County Legislature was notorious for deciding legislation in closed caucus and only revealing it for a vote, as we see in congress today). Today the Town of Montgomery has a majority of Democrats on the board and a Democrat Town Supervisor. The Orange County Legislature has only a slim majority of Republicans. Democrats may have a chance to actually influence the drafting of legislation. Before 2001, I would not have been able to dream this.

Thanks for the catch. Simple slip of the keyboard! Keep readin'
Andy

In the 19th CD, which starts in northern Westchester and stretches through the norhtern suburbs (Rockland, Orange, Putnam and Dutchess counties), we're focused on taking back the Congressional seat held by so-called moderate Sue Kelly, who was elected in 1994 as part of Gingrich's "Contract on America".

Though the numbers have been improving as more NYCers move north, Republicans still hold a slight lead in registrations. Right now, there's five Dems vying to run against Kelly. But to win, we're going to need help from NYC folks willing to take Metro North up here and volunteer. For more information, check out our blog.

It's about damn time.
Why were these citizens so dopey and deluded the last 104 years???

The Town of Rhinebeck property reassessment process
is totally out of control! The original 'Assessment Notices'
were un-dated, had no supporting documentation, and
contained conflicting information. These 'Notices' appear to
be legally invalid and thus unenforceable. The 'School Tax
Statements' specifically state they use the July 1, 2006
assessment value, but they actually use a different value
concocted by Town Assessors during 2007. These
'Statements' also appear to be legally invalid and thus
unenforceable. In our case, we received a 'Determination
of Board of Assessment Review' which had incorrect
information in every entry, was deliberately back-dated,
had a suspect signature, and missed the July 1 deadline.
We have been making phone calls and writing letters to
the Town Assessors Office, the Assessors, and the
Assessment Review Board for six months, and not one
person has ever responded. We have encountered
nothing but arrogance and negligence from all Town
personnel involved in the property reassessment process.
In our case, we have also encountered what appear to be
fraudulent assessment and tax documents. We have
waited a generous amount of time for anyone in the Town
to refute the above claims. No one from the Assessors
Office Staff, nor any Assessor, nor any Assessment
Review Board member, nor the Town Supervisor or Attorney
have refuted any of these claims. All Rhinebeck Town
and Village property owners should be requesting a
thorough 'review and reshaping' of the Town property
reassessment process, including the procedures and
people that have caused such a fiasco! The current
process is at its best a sham, and at its worst fraudulent.