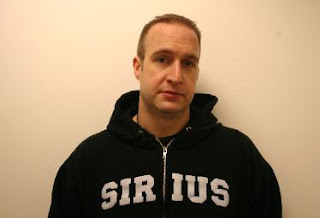 He barks and snaps like a rabid pitbull, spewing his venomous hate-speak towards everyone from gays and blacks to immigrants and liberals. His shrill, vitriolic diatribes suggest a serious anger-management problem. Thankfully relegated to the low-ratings, low-significance Sirius Satellite Radio, he is nonetheless, with the exception of the moronic blabbermouth Mike Church, the most narrow-minded, racist, homophobic, xenophobic, sexist buffoon on the airwaves.

This is a guy who, on the day Sen. Chris Dodd announced his prostate cancer, said of the Connecticut Democrat: "I'm starting to think the prostate cancer is from spending a little too much time with Barney Frank." What are you, 15, Wilkow? So you're implying that Dodd and Frank have gay sex, and that's why Dodd's been stricken with prostate cancer? Not only is this an utterly ignorant thing to say, it's a colossal insult to the gay Massachusetts Congressman, and towards Dodd it's cruel, crude, insensitive and highly juvenile, especially for someone who spends half his airtime criticizing "snarky" liberals. Your hypocrisy knows no bounds.

Regarding another top liberal suffering from a typically deadly illness, Sen. Ted Kennedy, who's inflicted with brain cancer, Wilkow's been railing for weeks now about how much money is being "wasted" in an attempt to save the Massachusetts liberal: "Why throw more money down that rat hole." How about showing a little compassion, Andrew?

Wilkow often talks about his dad who's suffering from cancer himself, and having lost a father to cancer, I sympathize and sincerely wish them both the best. Yet when it comes to liberals suffering from this dreaded disease, Wilkow appears to have ice running through his veins and is devoid of heart.

Last Friday, in another classic asinine Wilkow diatribe, he wondered how easy it would be to take on Democrats even while inebriated: "Maybe I should drink and see if I can debate liberals. Just dumb myself down." Well, you can't get any lower on the dumb scale, Wilkow. And, as I have done twice with you when guesting on your program, debating you--drunk, sober or even comatose--is like taking candy from a baby.
Posted by The Ostroy Report at 8:51 PM

Mark Levin is another frightening HateWing radio extremist---and he's like the 4th or 5th most popular radio talk show host in the country.
Levin is truly one sick puppy. I recall when he was gleefully defending torture during the Bush years.
The thing that makes Levin scary is that he claims to be this big Constitutional scholar---and millions of people apparently believe he is. (Ironic when you consider that Levin fanatically supported Bush---a man who had utter contempt for the Constitution).
What's disturbing is that Levin's recent "Liberty and Tyranny" book was the best-selling title in the U.S. for several weeks.
This piece of sh*t even has a near-perfect 4.5 rating at Amazon.
The Wingnuts routinely cruise Amazon and fill up the reviews of titles from progressive authors with fake one-star "reviews." They constantly do this when they're not busy re-writing Wikipedia articles to give them a pro-GOP slant.
I will give these people credit for one thing: they're persistent.

At least go to his website and check out the guy, wilkowmajority.com

His producer Nick Rizzuto tried to get me banned for facebook when I sent a message via facebook making of Sarah Palin! These people are crybabies.

It is my understanding that people Kennedy's age with his terminal condition will not be eligible for any kind of medical care under Obama's plan because they are too old to be worth keeping alive at such an expense. Old people will be couseled on dying and will probably be assisted in dying -- I thought I heard about a "pill" being provided.

What's the big deal....what do you expect.

It is not Wilkow speaking. It is the management speaking. If Wilkow were hit by a truck tomorrow, his managers would pluck one more low-brow, unlettered, vicious lout out or the bat rack and the message would be the same.

It is always the manager/owner speaking, not the guy on the radio.

Low-brow right wing radio has been taking the USA down for thirty years. And it will go on until we boycott the shit out of them.

Boyce hired hannity, levin, and other low-brow rightwing dummies who mirrored his own utter disrespect for intelligence, talent, and ethics.

Talk about no compassion -- Under Obama's plan Kennedy would get no treatment at all for his cancer. He would get pain killers, counseling and a pill to end it without cost to the government. If government funds got tight would Obama's plan then euthanize newborns who are handicapped in a serious and expensive way so they too would be denied further treatment because their lack of function would not be worth the cost? It's bad enough now that late-term abortion babies are thrown aside to die alone. Where is the compassion this country once practiced?

Regarding health care reform ... WHY DO WE NEED INSURANCE COMPANIES???

Seriously? What positive role do they play in delivering health care? They are simply unnecessary middlemen sucking up money to pay outrageous CEO salaries while trying to deny any claim possible, disallow any treatment possible, and deny coverage to anyone with a treatable medical condition. Private insurance companies cost us 20% over head, Medicare costs us 3% - so much for market efficiency!

Funny to hear critics of universal health care decry the lack of compassion in the US. Where is their compassion for the 50 million Americans with no health insurance and for whom the Emergency Room is the only choice for walk-in care? Compassion would be to provide single-payer health care so that when people are sick they go to a doctor. We are the only western nation that treats health care as a commodity.

9:34 Please don't fall for that right wing scare crap. If you're going to die you're going to die. Keeping you alive is stupid. Everyone should be counseled for end of life issues. That is what they are talking about. Wake up!!!!!

9:34 You are so wise. I bet you would agree with me too that Obama's health plan with emphasis on preventive care is stupid. Why, for example, help fat people to reduce and eat wisely? If they stay fat they will die sooner than later and cost the government no money at all; they will have no old age. Whereas, even preventive care is costly. Then the handicapped should be offered no help since they will cost money all their lies. And no one should recieve welfare because that only prolongs their lives when they could quickly starve or die of exposure from living on the streets. In fact, the survival of the fitess is the only way a sensible government can maintain economic success. If you're going to die you're going to die. Why interfere with nature's plan?

I am kidding of course and pointing out what a intelligently challenged person you are.

Ahhhh another scared liberal.....if Andrew is such a 'nothing' why comment on him and his show? Take a look at the ratings for the top 15 radio shows in the US all but #15 is conservative...why is this? Why is CNNs ratings in the toliet? Jealous .....Jealous...

All of you against Andrew Wilkow
are poster children for
"shtoopid"
Not one of you could break his arguments, so you did just what any "real, genuine, idiot, jerk" would do:
You tried to break him.
hahah
too funny

Left-wing liberals epitomize what is WRONG in America. If it's so bad here, why don't you do us all a favor & leave? Go find some 3rd world country to live in and then you can do all the community organizing you want, have all the socialism you want, and live in the collective misery you want!!

Take Alec Baldwin & Seann Penn with you as well, please? I bet Hugo Chavez will let you stay at his place.

You're ALL exactly like my ex-wife: you can't win the argument, so you take your ball & go home... You fight facts & logic with emotion and spin-doctoring.

My name is Dave. No I am not Andrew Wilkow but I am a fan of his. You obviously don't have the brain capacity to understand his arguments. They have completely gone over your head and you have no idea what political satire is. You remind me of a 5th grader who's not in on the jokes and complains to the teacher.
His point on Kennedy is that under Obama Care the system would be cruel to him and see that his terminal cancer is just that, terminal and they wouldn't waste any more money trying to save his life. Because the system would be stretched so thin they would need to put the funds where it would do real good. The reason Kennedy is a "rat hole" is because being an elite, he would still get treatment that the general public would not get. One system for all of us, and another for the rats in Washington.
Is there anything else you would like me to clarify for you about Wilkow? It doesn't take a brain surgeon to understand these issues...but Kennedy sure could have used one. lol

Haha! Lets talk about Obama saying saying you can keep your doctor if that's your choice, the right is "lying." Then we later we found out Obama and all his little helpers knew "everyone" wouldn't be able to keep their doctors!

Now Obama says don't worry you'll be able to keep your guns. Don't listen to lying lobbyists. Sound familiar? Stop writing articles about talk radio people that mean nothing and have no power and start pointing out the lies, hate, and destruction being caused by our politicians (yes, even the ones you love and blindly follow). Wake up America before you wake up and find the good ole USA is a carbon copy of the crime ridden third world Mexico, or Communist China!