Intelligent Design Not So Smart in Dover, PA 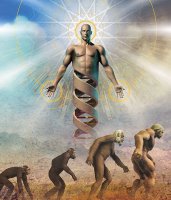 Score another victory for the sane. Voters gave Democrats the governor's seats in Virginia and New Jersey, beat back all four of Gov. Schwarzenegger's ballot initiatives in California, defeated key measures in Maine and Ohio, and sent a loud message to school board members in Dover, PA, telling them there's no place for intelligent design in the classroom while ousting eight Republicans and replacing them with Democrats who want the concept stripped from the science curriculum.

The creationism/intelligent design vs. Evolution battle is nothing new. Religious zealots would love to see the bible's view of creation be taught to students nationwide. In October 2004, Republicans on the Dover school board adopted a policy requiring ninth-graders to hear a prepared statement about intelligent design before learning about Evolution in biology class. Citing church and state violations, eight local families sued to prevent conservatives from forcing it into the curriculum.

The trial ended last week, with a ruling expected by January. Both sides had been expected to appeal a loss, but that is not likely after Tuesday's election.

The election results were a repudiation of the first school district in the nation to order the introduction of intelligent design in a science class curriculum.

Tuesday's elections were expected to be a barometer into the current political climate, with voters growing frustrated over endless scandal and mounting policy failures of the current Republican leadership. It's time for Bush, Frist, DeLay & Company to start getting very, very worried.
Posted by The Ostroy Report at 12:54 PM