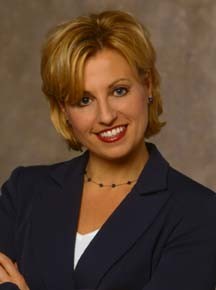 It's time to once again lend a helping hand to our good friend Nancy Skinner, who's running for Congress in Michigan's 9th district. Nancy's been leading in Democracy for America's (DFA) Grassroots All-Star voting, an online contest to determine which congressional candidate will receive the next national DFA-List endorsement. A win would also lead to a great deal of much needed campaign funds. I'm supporting Nancy Skinner as my first choice candidate, and I strongly urge you to cast your votes for her as well. Voting for this final round closes on Friday, June 23 at 5:00 pm Eastern Time. Please join me in helping Nancy beat Republican incumbent Joe Knollenberg. Click here to cast your vote.

A special letter to our readers from Nancy is below:

Hello all you wonderful Ostroy Report readers. I am writing to ask you to vote for me in Democracy For America's Grassroots All-Star election. Voting ends Friday 6/23 at 5 pm so don't delay!

I am the Democratic candidate in a 50/50 district, trending Democratic, where the Republicans have a bitter primary battle ongoing. Democrats have unified and I have been endorsed by DFA of Metro-Detroit, Governor Jennifer Granholm, Senator Debbie Stabenow, the UAW, the AFL-CIO (and some 80 affiliated unions) and the National Organization for Women (NOW). We are also very focused on the netroots given my history in pioneering progressive radio. I attended the Yearly Kos convention and am bringing Joe Trippi on board the Skinner campaign.(he'll be here Friday!).

I am a finance major from the University of Michigan Business School but spent most of my career working on environmentally sustainable development after reading Al Gore's Earth in the Balance. My work was honored by a Presidential award for helping flood-stricken communities rebuild as models of sustainability.

Alarmed that Democrats were losing the media and message battle and that Rush Limbaugh and the right wing had taken over talk radio, I ended up getting my own show on WLS in Chicago in 1997 and went nationally syndicated in 2000. Two listeners to my program, Shelly and Anita Drobny, called in one day, said "we need more Nancy Skinners on the radio" and went on to co-found Air America Radio. I spent the last year doing mornings at 1310 AM, Detroit’s Progressive Talk. Since 1999, I have been a regular commentator on FOX News, CNN and MSNBC where I have been standing up to Sean Hannity, Bill O'Reilly, Joe Scarborough- even Ann Coulter- and the rest of them. (Just watch me in action on TV at Nancy on TV) or read my recent interview on Buzzflash.com Buzzflash on Skinner I believe that we Democrats sorely need excellent communicators in Congress, with passion and courage.

I have come full circle. My environmental background positions me perfectly to represent my home district, which happens to be suburban Detroit and home to the Big Three. I am focused on how we can “Green the Auto Industry” in Detroit by forming a federal partnership to expedite the production of hybrid, plug-in hybrid, flex-fuel and fuel cell vehicles. This is imperative for our economy, our environment and our national security. What better way to do that than elect a Congresswoman from Detroit who is a champion on global warming issue to send a loud and clear message to Congress? My opponent, Joe Knollenberg is vulnerable (only 43% will re-elect in the latest poll), chaired the Committee that passed the Transportation Pork Bill (a.k.a The Alaskan Bridges to Nowhere Bill), has a huge earmark scandal hanging over his head (NYT December 10, 2005), voted no on alternative fuels (HR4 Vote Number 201-311, 8-1-01) and votes with President Bush 96% of the time.

PS - If you help elect me, CSPAN is about to get a lot more interesting!

Nancy Skinner
www.skinnerforcongress.com
Posted by The Ostroy Report at 9:14 PM

You endorsed the guy who lead empty buses around Iowa??

I live in Michigan, but sad to say not in Nancy's district. I use to listen to her every morning on the Metro Detroit Air America Radio station.

She would be an excellent choice for congress!

Andy, thanks for the heads up on Nancy.

Howard Dean is correct in that we have to make every election a major one, be it dog catcher, mayor or senator.

No more Mister Nice Guy, we're out for blood now. We're not taking names but we are kicking asses.

Yeah, this is where Democrats play rough. Let's bully this sandbox.

Best of luck to you! Here's hoping for lots of Democratic wins in Michigan! The last thing we need is DeVos and his cronies...

Go nancy! you have my vote

I just cast my vote. Will you be posting results later?

Anonymous said...
Only the women-hating-Republicans would comment or even care about the appearance of female legislatures or women in responsible positions.

Larry, what's your point other than to deceive? I read that Anonymous message and it was in response to the Republians calling all the female Democratic legislators on Larry King's program physically ugly. The writer especially made fun of Hillary's looks. Your use of this quote is of course taken out of context and deceptive in this setting. You have lowered your meager credibility even further. And for your information she's "hot" in some circles means that she's "hot" in the race and likely to win.

Anonymous,
Thanks for clarifying wwmfjd's intent of his use of "She's hot". I was not aware that this blog was one of those circles where "she's hot" means that she's "'hot' in the race" and not a circle where "she's hot" might be a comment about the appearance of a female legislature or woman in responsible position.

I also want to inform you that if you are wrong, then this makes you a liar.

If wwmfjd will be kind enough to clarify the meaning behind his statement, we can determine if you are a liar or if wwmfjd is a woman-hating-Republican who would comment on the appearance of a female legislature or woman in responsible position.

I'd like to close with the use of "She's hot" in an appropriate context for this circle:

Please clarify what you mean by hot in your sentence, that needs a period by the way. Did you mean they are hot contenders or hot(hotties) in the provacative way?

Larry, we can just keep dishing it back here at the Ostroy site. Just to let you know.

What do you think? I obviously could not have been refering to their appearance.

Just clarifying, Larry. You're the one who decided to make an issue of it. So, it must have been an important thought to you or a reaction to the boredom in your life. Have a great day!

Actually wwmfjd made an issue of her appearance when he commented that, "She's hot". I was simply pointing out that a liberal commented earlier that only women-hating-republicans would comment on the appearance of a woman in a position of responsibility.

If you ask me, I've seen her on TV and she is very pretty. I don't think this picture does her justice.

This story has taken so many twists and turns, if you blink, you'll miss the next turn.

New developments are being being tracked at this news site:

A notable development: The original Sun-Sentinel's article written by Elizabeth Baier, has been removed from their site and replaced with Ms. Baier's revised story.

If any of you bookmarked Sun-Sentinel's original article that has made them famous for their "the shot heard around the world", check your bookmarked page now. The significance of this is rather overwhelming. This weeks' hysteria, and subsequent retractions and corrections is over something that "never happened".

Interesting to note, it retains the original publication date June 25, 2006, and The Sun-Sentinel did not note this story is a revision.

Cliff Hancuff
The World of Journalism is Flat, Too