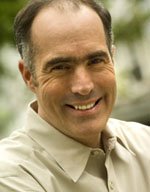 If Pennsylvania state Treasurer Bob Casey Jr. has his way, Republican Sen. Rick Santorum will be searching the help-wanted ads come November. The Democratic challenger to the controversial #3 man in the Senate just received some critical support, picking up the coveted endorsement of the Democratic State Committee over the weekend.

Casey also received the backing of nine female Democratic U.S. Senators who sent a letter to invited guests to a "Women for Casey" fundraiser Monday night in Philadelphia hosted by former Secretary of State Madeleine K. Albright. The event raised $100,000 for his campaign. Though Casey is a bit controversial because of his pro-life stand, the female Senators, who include Hillary Clinton (NY), Barbara Boxer (CA), Mary Landrieu (LA), Debbie Stabenow (MI) and Diane Feinstein (CA), described themselves as "pragmatic" and "progressive," and urged attendees to throw their "full support" to Santorum's challenger. They also cited Casey's commitment to "children, the elderly and everyday Americans who don't have a voice."

Casey's been aggressively attacking Santorum these past several weeks as the election draws closer and the field narrows. He said Santorum is out of touch with constituents and represents the failed GOP agenda.

"Rick Santorum is not just a participant. He's a leader of the band," Casey said over the weekend.

Casey needed two-thirds majority to receive the Committee's endorsement over his Democratic rivals, Alan Sandals, a Philadelphia pension lawyer, and Chuck Pennacchio, a professor at the University of the Arts in Philadelphia. The vote was just a handful shy of being unanimous.
Posted by The Ostroy Report at 11:18 AM

Big deal. The insider hack gets support. This is good for America? I don't think so, just more corporate owned politicans.

This is some disparaging news. It seems Casey is trying to counter the National Organization of Women PAC and the Feminist Majority endorsement of his opponent Alan Sandals. The whole Democratic push to run Casey is disheartening since he himself isnt too far from many Republican stances. Alan Sandals is the only true Democratic alternative to Rick Santorum.

Look, our party is a giant tent. Just because Casey is against abortion is not necessarily cause for any alarm. I don't personally believe in binge-drinking, but I have zero desire whatsoever to regulate those who do. And that's the difference between Democrats and Republicans. Casey's may be a pro-lifer, but you're worrying about nothing if you ever expect him to work to outlaw it.

Giant tent? Not sure what that means, but the problem with Casey only STARTS with his rabid anti-abortion stance (AND, by the way, he IS on record for wanting to overturn Roe.)

Apazrt from the legitimate interests of women who need abortions, Casey's abortion stance is also a stand against personal liberty and privacy rights for all, men and women.

But the problem with Casey isn't just that he rejects those personal liberty rights. It's also that he supports -- without qualification and without apology -- the Bush administration's actions and policies in Iraq.

It's also that he supports Bush on gun control, joins Bush in opposition to universal and single-payer health care, joins Bush's opposition to stem cell research, and refuses, like his President, to support the workers in this country by coming out for a living wage.

It's also that he gratefully grabs money from HUNDREDS of the very same PACs that Santorum grubs from . . . . think that money comes without strings? Then your living in a fantasy world.

It's also that Casey, at the very least, flips about on equal rights depending on to whom he is talking. He opposes gay unions and civil rights for gay partners.

He joins Bush in enthusiastically working for the destruction of the wall between church and state.

I could go on, there are at least a dozen other areas in which Casey proudly stands up for the failed policies and incompetencies of Bush and Santorum.

But it is also practical.

Casey cannot and will not win against Santorum.

His support is weak and he completely loses his polling lead on just the abortion issue.

Casey is, to be kind, less than articulate on his feet. That's abig reason why he managed to blow a huge late double-digit lead in the Dem Gov primary and lose to Rendell by 12 points. It is also a big reason why he has ducked the last four debates against Pennacchio and Sandals.

In the only scientific poll to measure the results of all Dem candidates head to head vs Santorum before an informed group of likely voters, Pennacchio outpolled Casey. Casey leads in the name-recognition type of polling going on today because, well, if you don't know . . . .

Abortion? Yeah Casey's predication of public policy on his so-called religious devotions (which he ignores when it comes to killing criminals) IS enough for ME to withhold my vote.

But, overall, before the general electorate, the fact is that Casey's positions on many -- MANY -- issues puts him in the minority of Pennsylvania voters.

He cannot beat Santorum by trying to look like him.

If we are going to take advantage of Santorum's many vulnerabilities, we need to run a candidate who is positioned to exploit them, not one who shares them.

Hey, whatever Casey is, it's 10 times worse having Santorum as our Senator.

Caseys got the support of women like Hillary Clinton and Diane Feinstein? Theyre not exactly two bastion so conservativism. If Caseys "Democrat" enough for them, he's Democrat enough for me

Haven't we all had enough of the RepubLICKen party? From a job as dog catcher to President they all follow the same boot licking principles of the party and must be replaced.

Simply put: Have you had enough yet?

Better than a repug is not good enough. If we don't demand more we will have less. That's how it's been going, no reason to think it will be any different in the future.