Countdown to Election Day: Here's How the Senate is Shaping Up For Democrats 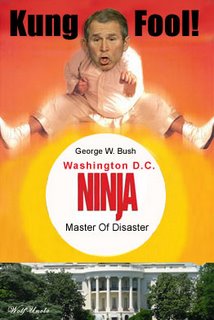 With just a week to go before the critical midterm elections, the smart money is on the Democrats handily winning the House of Representatives. But it's not unlikely that the Dems could wrest control of the Senate as well. Here's how the recent polls are stacking up in the key battleground Senate races:

These candidates need money. Money to fight off the onslaught of vicious Repuglican attack ads during this final week. Once again, here's where you can contribute (McCaskill, Ford, Webb and Menendez are the key races right now):

The Democrats need six seats to gain a majority and take control of the Senate. As everyone knows, a week in politics is a lifetime. Almost anything and everything could go down these next seven days. But the odds are, with the Iraq war spiraling out of control and the economy delivering more bad news each day, momentum is likely to tip further to Democrats as Americans head to the polls next Tuesday. But what's most critical is if the Dems win the voter-turnout battle. If so, the Repuglicans' reigh of terror will soon be coming to an end. Keep 'em crossed...
Posted by The Ostroy Report at 8:11 AM

Your once great country depends on it!

Menedez will NOT WIN New Jersey

Menendez has never been elected to NJ. He will not win the NJ election.

NEW JERSEY RESIDENTS:
Tired of YOUR state being the most corrupt state in the union? Tired of YOUR politicians breaking the laws? Tired of the NJ corruption and skyrocketing taxes?

New Jersey Democrats are stealing from you. They are the most corrupt politicians in the country.

8:46 If the N.J. voters follow your advice they will be "throwing the baby out with the bath water." Of course, I don't expect you to understand that so I'll say that if the Democrats don't win Congress, the mechanism that preserves out democracy will not be in place to protect the United States of America. N.J. would not have Menendez, and they would also not have our country as we know it and love it. Oh, how about "cutting of the nose to spite the face." Get that???

Your comments are laughable, otherwise!

HIS COMMENTS DO NOT SHOW CRITICAL THINKING AS TO THE FUTURE OF OUR ONCE GREAT COUNTRY.

THIS ELECTION IS WAY BEYOND MENENDEZ. IT IS ABOUT SAVING OUR GOVERMENT. WE NEED THE CHECKS AND BALANCES PUT IN PLACE BY OUR CONSTITUTION. IF 8:46 DOESN'T GET IT THEN HE IS TRULY A REPUBLICAN.

Throw the Democrats out of office! They've had a monopoly over NJ Government for years and they can't do anything right.

Look at the damage Democrats cause when they are in charge of a single state. Dump the Democrats!

NJ Democrats have no excuse. They do not deserve re-election, or in the case of Menendez - who has NEVER been ELECTED in NJ.

8:46 and 9:05 are the same person, I suspect. We can therefore be thankful that he's probably a lone, hollow and stupid voice in NJ and that the majority in New Jersey sees the wisdom of electing the Demoratic Party to fulfill the Constitutional requirement to provide checks and balance in Congress.

Compete.com has a blog posting today that looks at internet traffic to candidate's websites in close Senate races. This could provide some insight into polling or the election. There are some interesting trends. Here is the link: http://blog.compete.com/index.php/2006/11/06/senate-races-mccaskill-talent-webb-allen-ford-corker-menendez-kean/