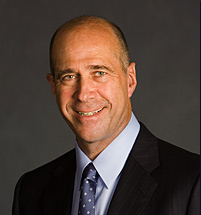 As co-Founder of the 70's band Orleans, John Hall co-wrote such classic gems as "Dance With Me" and "Still The One". Now he's running for Congress in Upstate NY's 19th district against six-term Republican Sue Kelly in solid Bush country (Bush won the district by 9 points in 2004). And he's gunning hard for her, coming out this week with a challenge that she fully explain to voters what role she may have played in the early days of the Mark Foley Follies (we'll be doing a more in-depth story on the Hall campaign shortly).

At issue is whether or not Rep. Kelly (R-Katonah) presided as Chair of the House's Page Board as underage male pages began complaining about Foley's inappropriate communications. Reports from her congressional staff claim she was at the helm from 1999-2001, but the Committee on House Administration said Kelly was chair from 1998 to 2000. By her own account, she "couldn’t remember" how long she served (as reported in the Putnam Journal News). According to the Hall campaign, it has now been discovered that Foley’s lewd behavior did occur while Kelly chaired the Page Board. In fact, says the campaign, a University of Oklahoma law school student who worked as a page from 2000 to 2001 said in a recent newspaper article, "It was like a running joke to look out for Foley."

"Rep. Kelly and her staff can’t seem to get their stories straight on her time of service to the Page Board," said Hall spokesman Tom Staudter. "We think there should be an FBI investigation, and, in the best interest of our country, Kelly be among the first people to be questioned by the federal agents."

"It is now common knowledge that warnings of Rep. Foley’s proclivity for lewd electronic communication with minors had taken place as early as 1998," continued Staudter. "How is it that the chair of the very page program she was responsible for, and is at the center of this controversy, was ignorant of what was going on? I think there are many parents around our country who would like to know the truth."
Posted by The Ostroy Report at 7:31 AM

No wonder our country and the world is in such a terrible state...these sicko Republicans all seem to be suffering from some sort of massive memory failure...you can't fix eny problems if you can't remember from one day to the next what the problem is

Worse than a memory lapse is overt/covert deceit. They are so self-centered and self-involved that they cannot even think of the welfare of children. Well, we knew that from the number of children without health care. No wonder children and the rest of the population are suffering so much at their hands. They have no concern for anyone. They must all have a Narcissistic Personality Disorder.

Replacing one pedophile with another one? If this guy isn't a pedophile, then I'm the Easter Bunny.

Sue Kelly's got some explaining to do ...